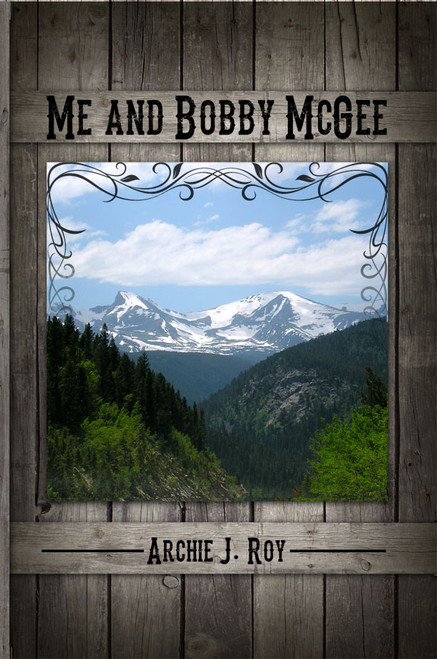 Me and Bobby McGee
by Archie Roy

Enamored with all things Western, fatherless Wesley grew up on working in the stockyards on the prairie cleaning corrals and feeding cattle, dreaming about leaving home for adventure. Hanging onto the details of stories of a few men from the West who passed through his young life momentarily, he learns that, to live there, the first thing one must do is become strong and acquire a gun and a horse. Hes also warned to be wary of dangerous outlaws. After buying a pistol off of a down-on-his-luck cowboy traveling through town, young Wesley learns to shoot. The cowboy invites him to look him up if he ever makes it out to New Mexico, where hes widely known.

Four years later his moms latest beau gets transferred to Denver, and Wesley joins them eagerly at the opportunity to see the West. Soon enough he saddles up a horse and tracks down his friend Bobby McGee, the mysterious cowboy who sold him a pistol as a thirteen-year-old boy in New Mexico. After their meet-up, Wesley gets the thrill of his life as he journeys alongside Bobby through northern New Mexico chasing down a gang of ruthless bandits who stole Bobbys cattle and murdered his friends. Along the way he meets a pretty, half-Sioux girl, and travels with her and her father, Jeremiah, to the dangerous, heavily guarded Black Hills of South Dakota in Sioux country to mine for gold.

After finding love and great fortune, Wesley eventually seems to settle right into his new life. Seemingly a nobody who came from nowhere, Wesley finds his place, home, and family far away in the West. But with friends like Bobby McGee around, you never can tell what adventure you may find yourself in next. Bobby is counting on Wesleys sharp shooting and steady nerves to help him in a standoff with a presumptuous Texan whos hell bent on taking every ranchers land in the Red River Valley for himself.

Archie J. Roys roots are deep in the southwest. He was born by the Sangre de Cristo Mountains in Colorado. His family has been a part of that region since the nineteenth century. His aunt traveled by covered wagon and his grandfather was chased by Apache warriors.

As a teenager, Roy worked for Bill Carlisele, the Lone Bandit, last of the Wyoming outlaws. His stories of the old West continue to inspire Roy.

Now, Roy lives in Pueblo, Colorado, with his wife. Hunting and fishing are his hobbies of choice.