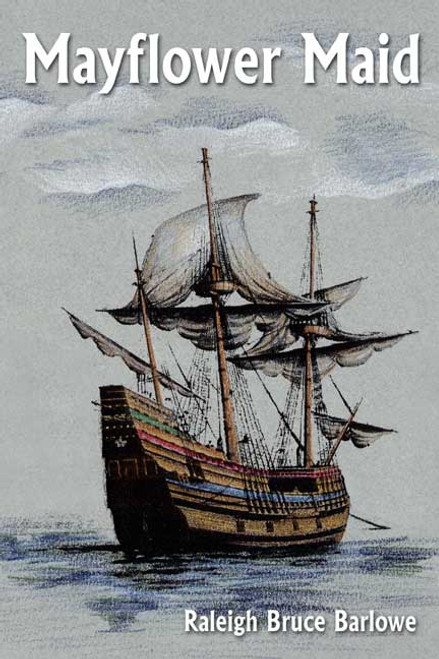 by Raleigh Bruce Barlowe Told by an old lady who had come over as a young lass on the Mayflower in 1620, Mayflower Maid tells the story of a conscientious group of dissenters from the doctrines of Englands church of state who fled to Holland to avoid persecution for worshipping God as they pleased and then arranged to sail to the New World, where they established the Plymouth colony. Conscientious problems arose as they dealt with unsympathetic officials and the self-serving investors who financed their venture. Then came long days of cramped living below the ships deck as they crossed the Atlantic, a plague that took half their members, and the challenge of starting from scratch to build houses, find food, keep peace with the Indians, and stay alive, while coping with the unscrupulous demands of their investors. Join Bet Tilley, the Mayflower Maid, as she relates the story of the founding of the Plymouth colony as seen through the eyes of a young girl who shared the travails of survival in the founding of a successful settlement. ABOUT THE AUTHOR The author of several historical novels and academic papers, Raleigh Bruce Barlowe has the education to bring vivid authenticity to his literary creations. With a bachelors degree in history and graduate degrees in political science and economics, he joined the staff of Michigan State University in 1948 and retired as a distinguished professor in 1984. He and his late wife, Jeannette Topp Barlowe, have a son, Raleigh Robert Barlowe. Dr. Barlowe is a history buff and enjoys swimming, writing, and genealogical research. (2006, paperback, 242 pages)
×