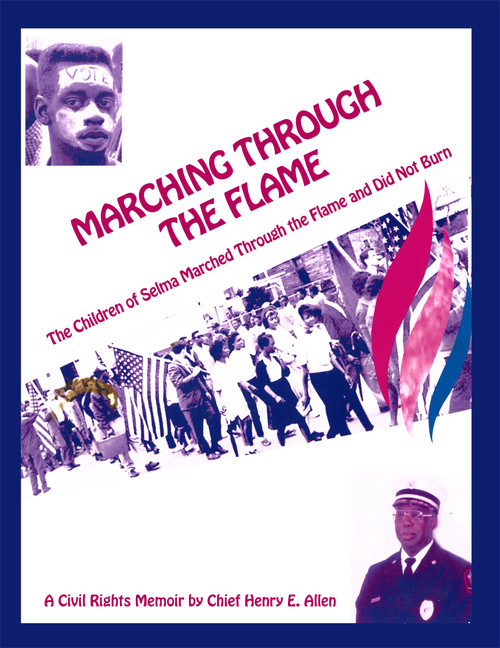 Marching Through the Flame
by Chief Henry E. Allen

Author Chief Henry E. Allens experiences from the beginnings of the Civil Rights Movement to the horror of the Vietnam War are recounted with a searing simplicity that gives the truth of each event its own booming voice. Filled with unbelievable moments of survival and serendipity, Marching Through the Flame: The Children of Selma Marched Through the Flame and Did Not Burn will captivate the reader long after the last page has been read. Following the young Allen through his childhood, adolescence, and adulthood in the rapidly changing world around him is like stepping into American history in a way you never have before.

At the beginning of the Civil Rights Movement, Chief Henry E. Allen was a student at R. B. Hudson High School in Selma, Alabama. He and other students marched for the right to vote. Their historic walk to Montgomery, Alabama, played a major role in the passage of the Voting Rights Act of 1965.

Allen has served his community as a fundraising chairman for the Salvation Army, a National Park Service tour guide, a teacher for 30 years, and provided ministry for local nursing homes. He has received the 2012 Citizen of the Year Award and the 2012 Volunteer of the Year Award. In February of 2015 he was personally invited to the White House by President Barack Obama.

Allen decided to share his story to inspire todays youth.

Maria: Maria and the Pearl