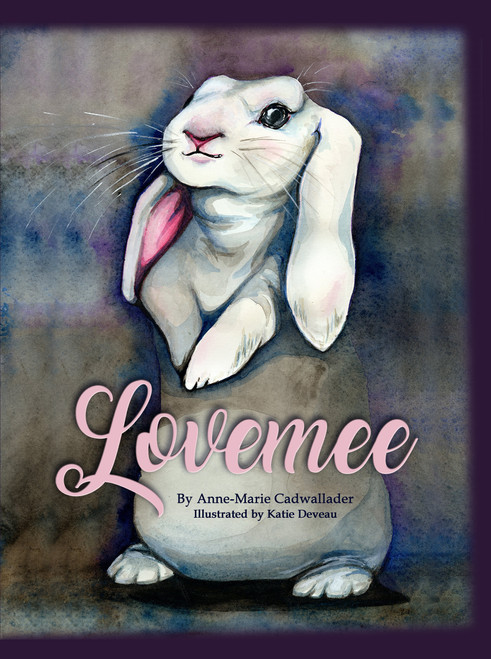 Lovemee is a sweet and inspiring children’s book based on a true story from Anne-Marie Cadwallader’s life. At her children’s elementary school, a rabbit that lived in the science room often escaped her hutch (or was let out) and roamed the hallway, venturing into classrooms. She brought order and quiet to any room she visited.

Cadwallader tells the moving story of two boys, a terrible loss, and a rabbit that brings love and trust back into their hearts and those of their family and friends. Readers will find this story, which culminates at Christmas, to be joyful and redeeming.

Anne-Marie Cadwallader was raised in the Philippines by a Spanish mother and an American father. She and her brother grew up with many pets, including dogs, cats, ducks, and chickens. After an idyllic childhood in that beautiful country, her family moved to Texas in the 1970s.

Cadwallader has raised her own children in the Dallas area, surrounded by many beloved family pets. Those animals provided unconditional love, unending comfort, true forgiveness, and utter loyalty. Now that her children are grown, Cadwallader currently resides in Naples, Florida, where her animal family continues to thrive and grow.