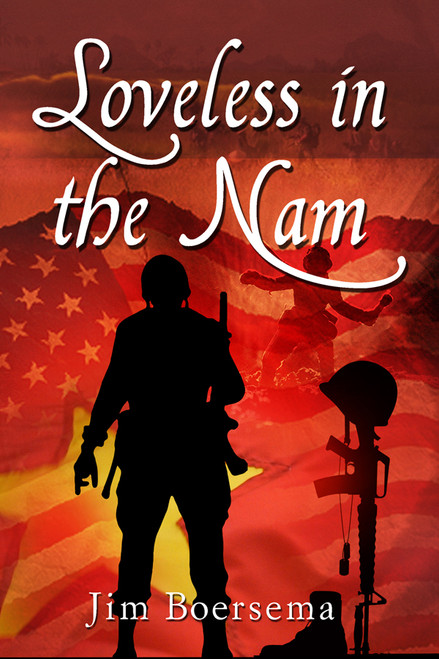 Loveless in the Nam
by Jim Boersema

Throughout history, we have valued such traits as bravery, loyalty and fortitude. For the soldiers who served in the Vietnam War, as in all wars, these qualities were a must. And yet, what about luck?

Loveless in the Nam delves into the early life of Colonel Frank Loveless, a veteran of several wars and a highly decorated Army officer who, despite his acclaim, is revealed to be both self-centered and somewhat of a coward. The story plunges into his exploits during the Vietnam War, wherein he was an unwilling participant in a very unpopular conflict as a young second lieutenant. He was thrust overnight into a world of chaos, blood, and gore, where he and the men under his command spent their days and nights humping over hills and through jungles in search of an elusive enemy, the Vietcong, otherwise known as Charlie. Mostly through pure luck and keeping his head down, Loveless endures a number of life-endangering actions and events, not all of which involved actual combat. Through it all, his mind is focused on just one thing: going home in one piece.

Jim Boersema spent his younger years travelling the world with his parents until he was drafted into the military after attending college. His years of service in the US Army allowed him to live in various American states and in other countries as well. He now resides in Hawaii, where he wrote this book, which was inspired by his passion for history.