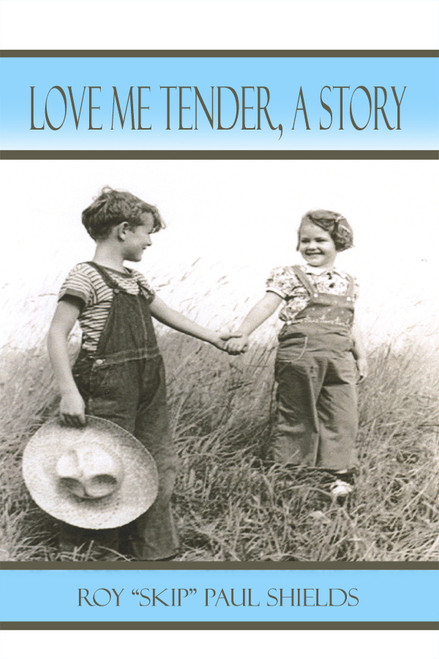 Love Me Tender, A Story is at once heartwarming and heartbreaking. It might even warrant a stay at Heartbreak Hotel. Elvis is back on Earth! As with all miracles, there is a catch. Elvis returns to Earth in a body that has aged decades and with only a handful of cash in his pocket (evidently, his angelic handlers have not quite grasped the concept of economic inflation).

His one wish is to speak to and hold his wife, Pricilla, one last time. Elvis must stay in disguise to make this happen. As he travels from town-to-town, he learns his voice is hard to escape. Will he be able to keep his reincarnation hidden from the masses?

Along the way, Elvis learns the life lessons he wishes he had on his first go on Earth. He makes human connections that will last into his next lifetime and performs many heartwarming human gestures that nearly outshine his vocal abilities.

Roy skip Paul Shields graduated from Joliet Township High School in 1953. He served in the Marine Corps reserve, then joined the Marines. He was honorably discharged in December of 1956. He was a heavy equipment operator until moving to San Diego, California, in 1959. He worked for a glass and paint company before opening his own business in 1963 until his eventual relocation to Mesa, Arizona.

While a military and businessman, Shields has been a true Renaissance man, maintaining a strong creative side. He was a professional dancer, owning and operating his own studio In addition to writing literature, he also writes music, often in his own recording studio. He also plays the trumpet. Love Me Tender is his first novel.

Love Is Powerful: For Every Believer Who Believes!