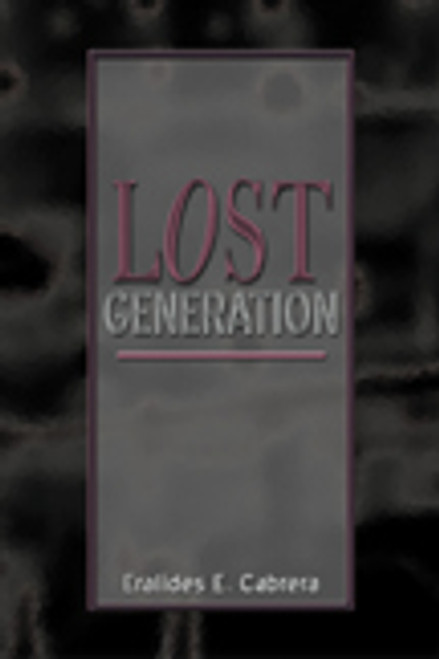 by Eralides E. Cabrera Aldo Ochoa is a hard-working Cuban who considers himself lucky. Having purchased his land with his last penny, he raises his herd of milk cows successfully, providing a consistent income for his family. But it is also a perilous time in his native land, with communist insurgents trying to overthrow the Batista government. Aldos neutrality will cost him, as he finds himself falsely accused of a murder and must flee to America, taking up residence in Miami. Once in America, the same work ethic that ensured Aldos survival in Cuba helps him in Miami as he tries to establish a business of his own. He has sacrificed much; he has gained much. But what sacrifice will it take to protect his family and the new life he has made? Eralides E. Cabrera writes Lost Generation from his personal experiences and his knowledge of history. The result is a powerful novel that shows the strength of the human spirit as we strive for freedom and survival. ABOUT THE AUTHOR Eralides E. Cabrera is a native of Cuba who came to the United States and made his mark. A self-employed lawyer with an interest in music and history, he earned his B.A. from Rutgers University, his M.A. from Fordham University, and his J.D. from Brooklyn Law School. He is an American citizen who has lived in New Jersey for the past thirty-six years and served in the U.S. Navy honorably. His family includes a wife, Linda, and daughter, Alissa, and two step children. (2003, paperback, 314 pages)
×

Lorinda: A Set of Six Books

Love Always: Poems of the Flow of Water and Life

Lord, I Need A Burning Bush