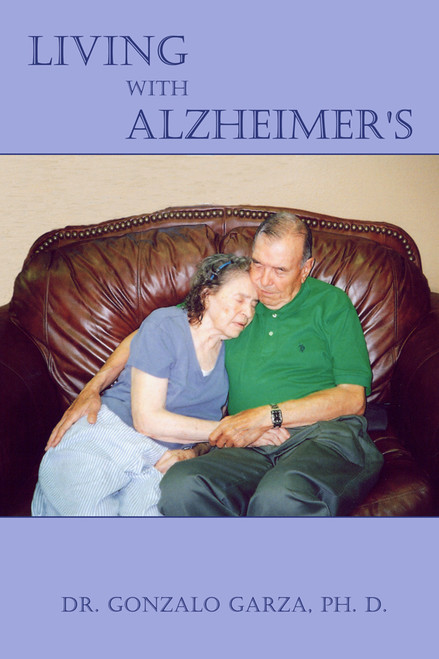 After fifty-five years of a happy marriage, Dr. Garzas wife, Dolores, had to enter an assisted living facility. Her Alzheimers disease had reached the point where he could no longer take care of her at home.

In this extraordinary book, Dr. Garza faithfully chronicles a full year of Doloress assisted living experience. Looking over his shoulder, we see every changephysical, mental, emotionalas they build up to the flood that washes away her abilities, her personality, and eventually her life.

Dr. Garza also offers some help to the reader who might be facing the same situation someday. His advice is both caring and useful.

With an earned Ph.D. from the University of Texas at Austin (1976) and an Honorary Doctor of Humane Letters from Houston-Tillotson College (1992), Dr. Gonzalo Garza retired as Superintendent of the Austin Independence School District, Austin, Texas; the Gonzalo Garza Independence High School is named for him. Texas governor Ann Richards commissioned Dr. Garza as an admiral in the Texas Navy (1992). The Board of Directors of Del Webb, Sun City, Texas, selected him as a Legend of Texas (2000). A granite stone bears his name on The Legends of Texas Bridge at Sun City Georgetown. He also holds an Honorary Commission as a second lieutenant in the United States Marine Corps.

Dr. Garza was district governor for Rotary District 5870, 1995/96, and served on the governing boards of Westminster Retirement Residence, United Way, Travis County Adult Literacy Program, the Boy Scouts of America, the Zilker Botanical Garden Society and numerous other boards. He is on the Board of Directors of the Greater Austin Crime Commission, the Neighborhood Longhorns Program, Emeritus, and the Stilwell Teacher Retirement Residence, Waco, Texas.

Fallen Leaves: Our Life with Alzheimer's and Lewy Body Disease

Living in the Spirit of God