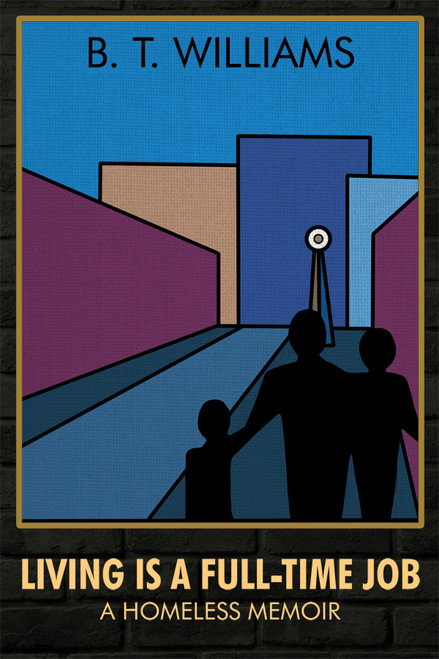 Living Is a Full-Time Job: A Homeless Memoir
by B. T. Williams

Sitting on the floor of our empty bedroom, the air was listless as I typed the last couple of wordsWere homelesson my personal computer before shutting it down for the last time. It was one of the final items to go into storage before being completely moved out of our three-bedroom apartment, and we never realized that we might never use it again. What was once an energetic place to live in had now become spiritless. I was still having a hard time believing that it had not yet been twelve months since my eighty thousand dollar per year consulting position as a senior programmer analyst for Japans largest travel bureau had come to an end, and I had not found another job. Tomorrow, we were being evicted and put out on the street, without a roof over our heads.

Homelessness, the trials and tribulations to have a life, a rewarding careerthen all of sudden, it all comes to an end. With that abrupt change, youre homeless, surviving by living in cheap hotels or motels, trying not to be part of the street homeless. William Thomas and his family survived four years of destitution, then climbed out from that rock-bottom way of life and became productive citizens again.

B. T. Williams as is a native of Arkansas. He works as a security director, and loves reading and writing. The experience of being homeless prompted him to write about what it was like, and the ups and downs he encountered during that time.

Love and the Color Barrier