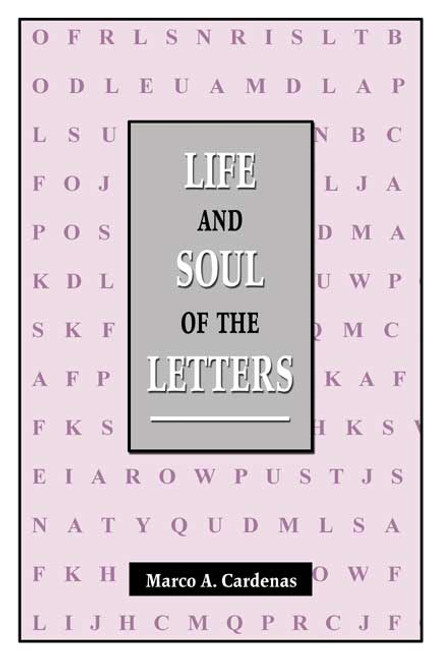 by Marco A. Cardenas Most of us see words and letters as either positive or negative, but have you ever stopped to think about the personality of a letter? How about the Life and Soul of the Letters? Marco A. Cardenas has done just that as a means to uplift and encourage people to turn their lives around and focus on the good things represented by the letters of the alphabet. Painstakingly taking each letter and listing several words which begin with each letter, he passes along the message that we should value ourselves more and not let others and society influence how we feel or think. Originally written as a means of teaching his kids about life and communicating with them, fortunately for the rest of us, Marco A. Cardenas decided to share his uplifting message with others in hopes of creating a better society. ABOUT THE AUTHORS A native of Lima, Peru, Marco A. Cardenas moved to New York with his wife, Maria, and children, Liz, Vicky, Mark, Juliana, and Michael thirty-three years ago. In his spare time he enjoys running, walking, swimming, and dancing. (2005, paperback. 32 pages)
×

Life As Seen Through the Eyes of Lyle Hatcher

Life As It Happens - eBook