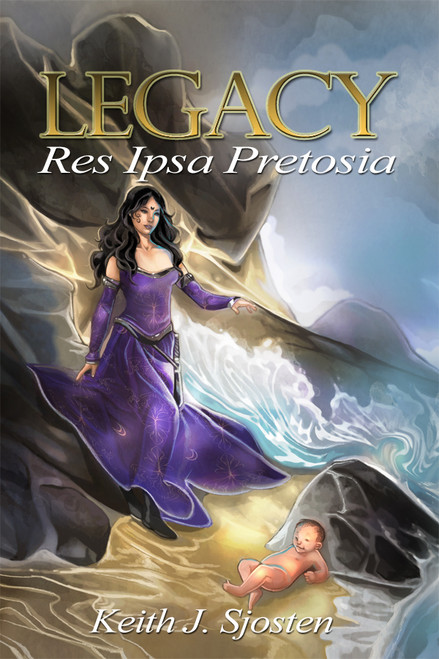 Legacy: Res Ipsa Pretosia attempts to capture the sacred feminine. It reveals the ultimate deity we refer to as God, not the jealous and vengeful god of Abraham, but a maternal and sensuous godhead who is creator and mother of us all. While she can be glimpsed in scripture (cleverly downplayed by numerous scribes), she is completely revealed in nature. We see her every day (look out your window!).

Author Keith J. Sjosten has chosen Morgana, the Celtic queen of the Otherworld, to represent her. Morgana would seek out, find, and guide her devoted who were lost in the huge labyrinth of the forest, to the sacred clearing.

Legacy tells us that there are no victims of dysfunction, only choices to accept or reject ones inherent grace.

About the Author: Keith J. Sjosten was born in 1953 just outside Kadena Air Force Base in Naha, Okinawa, during the waning events of the Korean War. Shortly after receiving a scholarship for violin at nine years old, he wound up living solo in New Yorks Greenwich Village, where he began writing and performing. This eventually culminated into a thirty-year career as a professional musician circling the globe playing and singing in numerous genres and venues. His approach to education has been a Socratic one, vowing to seek knowledge until his last breath.

This is Sjostens fifth book. His short story Nathan received an award from Writers Digest in the mainstream genre category. He is also the recipient of three Editors Choice Awards from the National Library of Poetry. His work is featured at Stanford University in special collections.

Leader, Can You Stand the Test?