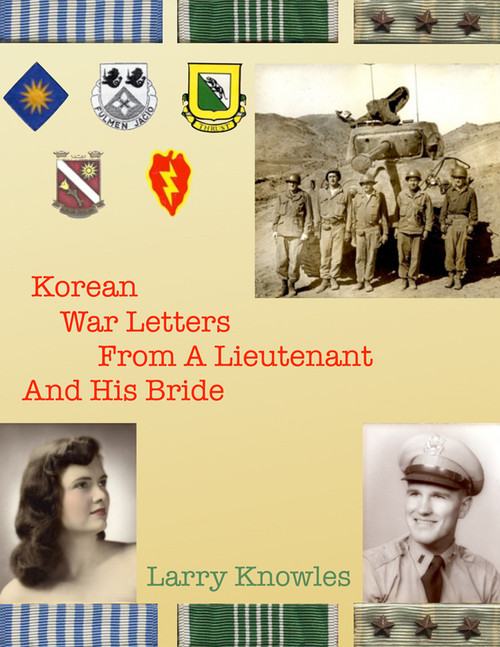 The theme of this book is to portray what it was like for a young soldier in the Army during the last year of the Korean War from June of 1952 to June of 1953. Some of this time was in combat against the Chinese Communists. Also it describes the life of his young bride, who had their daughter while he was overseas. It describes the stress they both were under, wondering if they would ever see each other again. Larry was fearful that she and the baby might not survive childbirth. He was more concerned about this than being wounded or killed in combat. Also there was the dreadful possibility that he would be killed and never experience the joy of raising his family.

The experiences through the eyes of a young soldier are described about getting to Korea, what happened while overseas, returning back to the United States, the joyful ending of the separation from his beloved wife, and getting acquainted with their baby daughter. The book also describes what it was like to be on the home front, the love and care of friends and relatives to a young woman as she approached motherhood for the first time, and her happiness of being a mother.