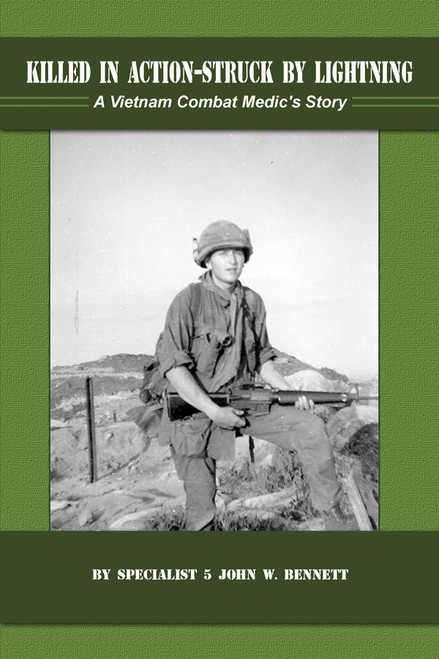 Struck by lightning, evacuated from the observation post by helicopter, taken from the chopper, placed in a body bag, and put in the morgue some eighteen hours later

I saw fluorescent tubes in pastel colors in a tunnel with a bright light at the end. Suddenly it got darkI reached in my pants pocket and felt my knife and I cut a hole in the tarp so I could sit up. Around me were many litters with body bags on them just like mine. I didnt know if I was in enemy or friendly hands. I was in shock. I had always been so very cognizant of my surroundings and now I was in a place I could not identify and had no idea of how or why I was here.

After a while, maybe twenty or thirty minutes, a man came in from behind me and said, Whoa, whats your problem, son? I said that I had no idea but perhaps I had had a relapse of malaria or just had gotten ill. He said he would be right back. When he returned I was in no way prepared for the shock he would give me. He handed me the body tag and written on it was, Killed in action struck by lightning. He asked me how I was and I replied, I guess Im fine. That was the biggest mistake of my life.

One who is struck by lightning will never be fine, and the worst part is no one believes you.