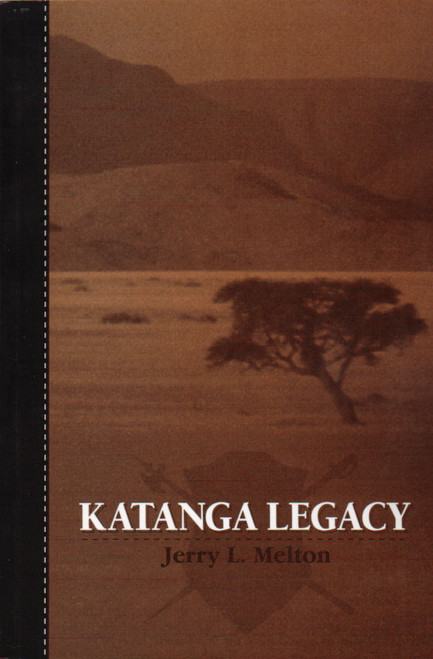 by Jerry L. Melton Deep in the northern hills of Arkansas, two partners under contract with the government embark on a routine aerial survey, setting into action a bizarre chain of events. A series of accidents and brutal killings ultimately shapes the lives of both men. One of the men is accused of murder and faces the challenges to his honor and loyalty as he leads a life on the run. The other is led to a planeload of gold buried deep beneath the gentle waves of an African lake, gold which is desperately needed by a nation at war with itself. As he pursues his quest, he finds within himself both the courage to continue and a weakness which will ultimately destroy him. For both men, time has just run out. Katanga Legacy is the story of two countries at war with themselves. The first, an African nation, will have a major impact on the second, America. When rogue government agents subvert high purposes for personal gain, and when their agency reverts to terror as a means to protect itself, a small-town sheriff stands up and says, No more. In the aftermath of the ensuing carnage, he begins a twenty-five year struggle in which ordinary people are enraged in conflict with a vicious enemy sanctioned by the law. Katanga Legacy is a story of love found and lost; of courage, honor, and loyalty; of brutality, weakness, and betrayal. It is the story of naked fear and the determination of a few brave people who fight injustice regardless of the personal cost. About the Author: Jerry L. Melton, B.A., LL.B., lives in a small town nestled in the foothills of the Ozark Mountains. His writings are reflections of extensive travel and a passionate interest in historic chains of events. Melton is a current member of the American Legion, the Civil Air Patrol, the National Eagle Scout Association, and the Aircraft Owners and Pilots Association. Past memberships include the Air Force Association, the National Pilots Association, and the Confederate Air Force. (2001, paperback, 284 pages)
×

Just Like Us: Revelations of the Biblical Story of the Downfall of the Black Race

Kathie's Fine Dining: True Stories About Events in the Soup Kitchen and on the Soup Line

Keep It Simple, Simon - KISS: A How-to Book on Taking Control of Your Finances