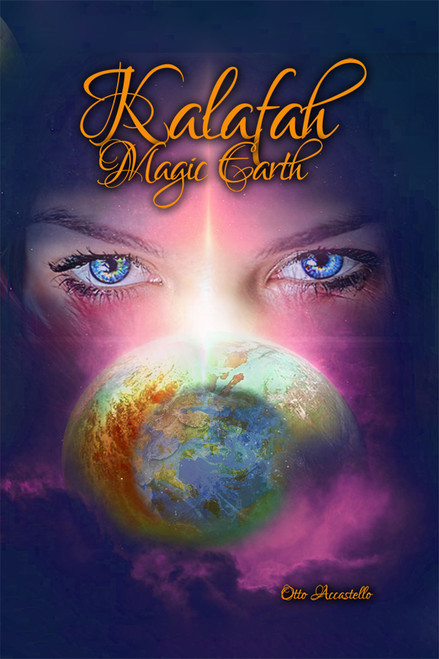 Eighteen-year-old Denis bravely lives with St. Louis refugees, determined to escape the reaches of evil leader Blaise. He has lost his parents and his home. Instead of thriving cities and a surplus of resources, his planet offers nothing.

Earth is quite different now – a harrowing meteor shower hit twenty years before and destroyed everything. The planet is barren and burnt, and it seems it will remain this way forever… until Denis stumbles upon a place called Kalafah, also known as Magic Earth. There, he befriends Matea, a beautiful semi-angel who might be humanity’s last hope.

Matea possesses magic powers, and she can bring new plant and animal life back to Earth, making the planet green, beautiful, and healthy once again. However, the group quickly realizes that saving the planet won’t be an easy mission. Blaise’s evil thugs continue to hunt Denis and his group of friends, determined to steal Matea and her powers away. Blaise intends to make her his wife and her queen, so he can control the future of Earth.

Having fought so hard to defeat Blaise and his men, Denis and the refugees refuse to let this happen. They are determined to rescue Matea, and with her, they just might save the fate of the entire planet.

Born in Cordoba, Argentina, Otto Accastello has always loved art and literature. After finishing high school, he began studying law and published a comic strip in his hometown. For a brief time, he lived in California and taught ski lessons to children. Now he works as a lawyer in Argentina, as he continues to write stories and his comic strip Favio & Emilio.