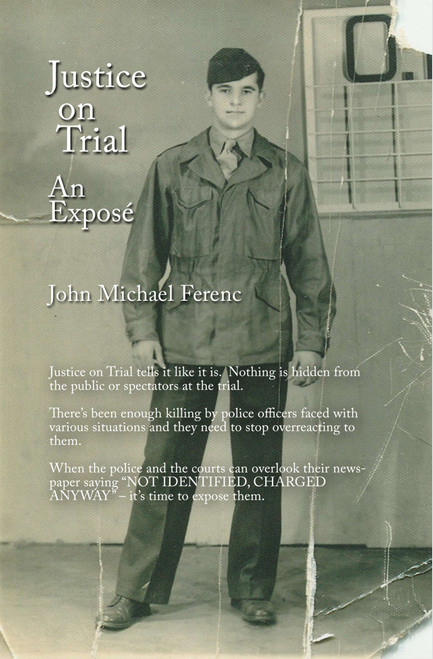 Justice on Trial tells it like it is. Nothing is hidden from the public or spectators at the trial.

There’s been enough killing by police officers faced with various situations and they need to stop overreacting to them.

When the police and the courts can overlook their newspaper saying “NOT IDENTIFIED, CHARGED ANYWAY” – it’s time to expose them.

Being released from 26 years of imprisonment, I thought going home (to my own home) in Orlando, Florida, would be an enjoyment – Ha! I was in for a big surprise.

Jean, my wife, told me as soon as I knocked on the door – Go away – you can’t live here. She would not allow me to enter my own house – and she called the police. The happenings after that would fill another book.

Anyway, I went to Tonawanda, New York, and stayed with my daughter, Gerianne. But I was only permitted to stay with her for two weeks – an apartment rule.

After that, the Veterans Administration arranged to put me up in a private room on Main Street and Ferry in Buffalo, New York.

Between July 4th 2009 and this day, life has been hectic.