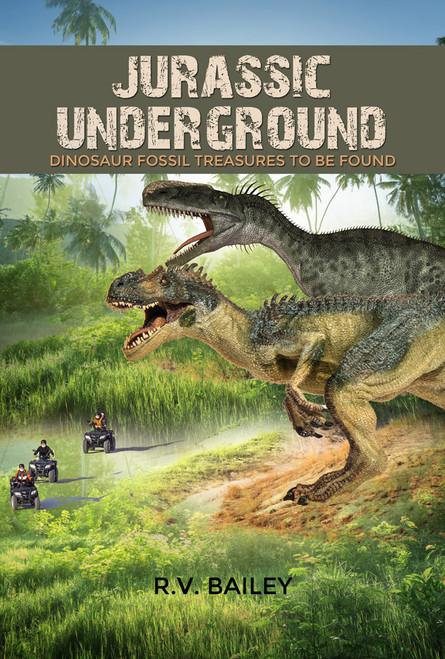 A desolate location in southeastern Wyoming, named Como Bluff, has a reputation as one of the best late Jurassic dinosaur fossil localities in the world. Late Jurassic is the time period from about 160 to 145 million years ago. The location was given the name Como Bluff in the 1800’s when the Union Pacific Railway was being built through the area.

In about 1865, examples of huge fossilized bones were sent to certain eastern US universities and museums and several distinguished vertebrate paleontologists traveled to Como Bluff where they found many specimens lying on the surface. Erosion of the Jurassic-age Morrison Formation, the host sedimentary strata, was the source. But, by 2010, after 140 years of surface activity by fossil collectors, there were no remaining fossils at the surface.

A Wyoming University-educated geologist, Mike Mackenzie, who was born and raised in southeast Wyoming, theorized that the best way to search for more Jurassic fossils at this locality would be to excavate in the Morrison Formation underground. Mike envisioned underground viewing points where visitors would be able to see cleared off and exposed dinosaur fossils in the sediments within which they were entombed.

This novel takes the reader underground where mining activity leads to a surprise discovery and unnerving encounters. A number of perceptions about dinosaurs will be questioned as explorers have thrilling and frightening adventures back in time and into dangerous Jurassic situations.

R.V. Bailey was born and raised in the small coal mining town of Hanna, Wyoming, just 30 miles west of the world-famous dinosaur locality known as Como Bluff. After graduating from the University of Wyoming with a degree in geology, R.V. was appointed mine geologist for an underground uranium mine 35 miles north of Como Bluff. In that position, he developed a new theory on the deposition of uranium in the Eocene sand deposits, a theory which still stands worldwide today. Later, he carried out successful gold exploration in Alaska and, after closely observing killer whales, wrote a science fiction novel about them. Returning to Wyoming and continuing geologic studies, he decided to write about a concept he had conceived years ago: going underground to recover more fossils at Como Bluff. There were no more fossils to be found at the surface. His in-depth knowledge of underground mining, the terrain, and wildlife helped bring this novel to life. His interest in Como Bluff and dinosaur fossils grew through viewing the Morrison Formation in southeast Wyoming and while visiting museums and old excavation sites. R.V. has always been interested in dinosaurs, finding their size astounding.

Hurrah for the Underground! - eBook