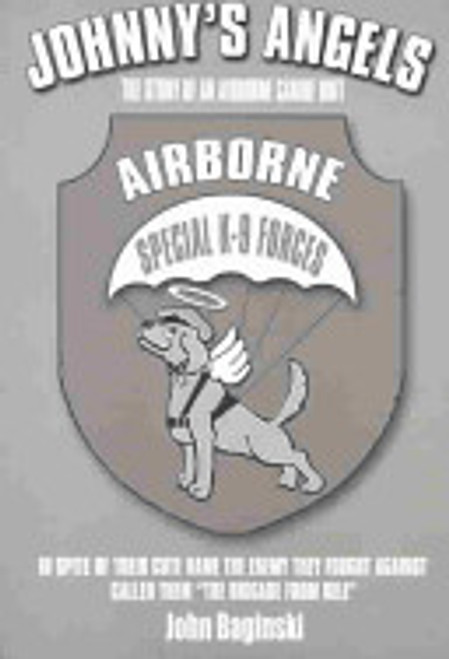 Johnny's Angels: The Story of an Airborne Canine Unit
by John Baginski Replete with action, surprises, suspense, and humor, with a touch of sadness, Johnnys Angels tells a fictionalized story of how a young man, his dogs, and his girlfriend become part of a special airborne K-9 army unit during the Vietnam War. Johnny meets Marianne as he is on the verge of losing his dog training school because of a narrow-minded landlord. Combining their skills and talents, they teach each other special abilities which allow them to successfully complete the armys program of boot camp, K-9 school, and airborne training to become part of an elite unit from hell deigned to infiltrate and destroy hostile forces warring in Vietnam. With realistic details culled from the authors life, Johnnys Angels reveals the story behind the US Armys unsung heroes of countless wars, the K-9 units. About the Author: A native of New York state, Mr. Baginski is a retired dog trainer, NYS corrections officer, and martial arts instructor. He is enjoying his retirement by pursuing his hobbies of sky diving, rock climbing, metal detecting, tournament archery, coin and baseball card collecting, antique bottle hunting, and pistol shooting. (2002, paperback, 64 pages)
×

Kaveh, Jolly, and the Super Giant