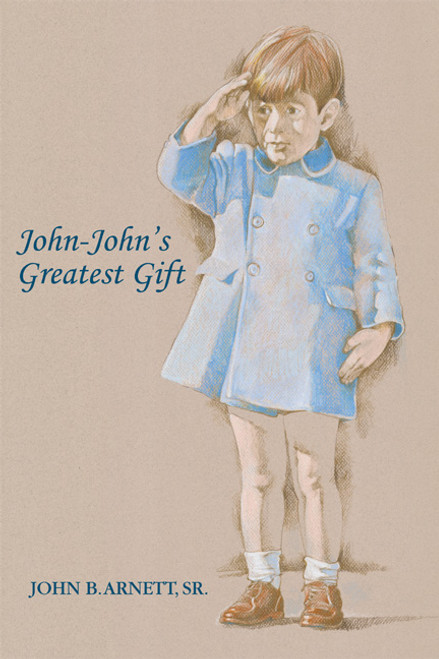 by John B. Arnett, Sr. In John-Johns Greatest Gift, the author poetically predicts what happens after John F. Kennedy, Jr., his wife, Carolyn Bessette Kennedy, and her sister, Lauren Bessette, crashed into the Atlantic Ocean on the fateful evening of July 16, 1999. Immediately after the crash, John F. Kennedy, Jr., or John-John, as he was commonly called when he was a young child, suddenly yet joyfully reunites with some of his Kennedy relatives who have preceded him in death. At first, John-John is too shocked to comprehend and appreciate everything that is taking place. Eventually, John-Johns initial shock subsides, and he realizes what has happened; John-John, his wife, and her sister have left the physical world and entered the kingdom of God, where they will remain forever. John-Johns Greatest Gift was composed on the evening of July 22, 1999. Earlier that day, John-John, Carolyn, and Lauren were buried at sea in the Atlantic Ocean off the coast of Marthas Vineyard. ABOUT THE AUTHOR John B. Arnett, Sr., is an attorney and a C.P.A. He was raised in Ann Arbor, Michigan, and attended Michigan State University, where he graduated in 1975 with a B.A. in Honors Humanities Pre-Law. He then attended Northwestern Universitys Kellogg School of Management, where he graduated in 1977 with an M.B.A., and the University of Toledo College of Law, where he graduated in 1990 with a J.D. He resides in North Potomac, Maryland, with his wife, Catherine, and their two sons, John Jr. and Michael. Mr. Arnett composed John-Johns Greatest Gift as a sequel to the poem Six White Horses which he remembered reading as a child. Six White Horses, by Candy Geer, poetically narrates the events of the funeral procession of John-Johns father, the late President John F. Kennedy, from the innocent perspective of John-John, who turned three years old on November 25, 1963, the day of his fathers funeral. (2008, hardcover, 32 pages)
×