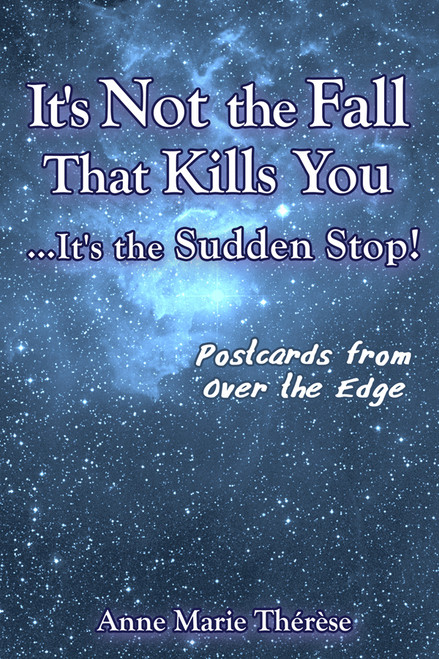 It's Not the Fall That Kills YouIt's the Sudden Stop! Postcards from Over the Edge
by Anne Marie Thrse

In It's Not the Fall That Kills YouIt's the Sudden Stop! Postcards from Over the Edge, Anne Marie Thrse describes in vivid detail the experiences and memories she has from childhood to adulthood. Born in Tennessee, the author moved to California at a very young age. From early on, it was clear to her that her parents relationship was strained, vulnerable, and lacking in affection. As the distance between her parents grew, Anne Marie became increasingly more responsible for her younger siblings.

Even as time passed, the relationship the author had with her parents was nonexistent, no matter how much she wanted it to grow. When she obtained roles in two musical productions, she wished her parents could share in her accomplishments, but they did not. Anne Marie Thrses life became a need to know the truth, and so she traveled around the world.

Anne Marie Thrses personal journey is powerful and allows the reader to gain a sense of who she is as a person based on her past and present.

Anne Marie Thrse lives in Royal Oaks, California, and she specializes in art. She completed twenty years of artistic courses and received her certification in visual communications from UCSB.