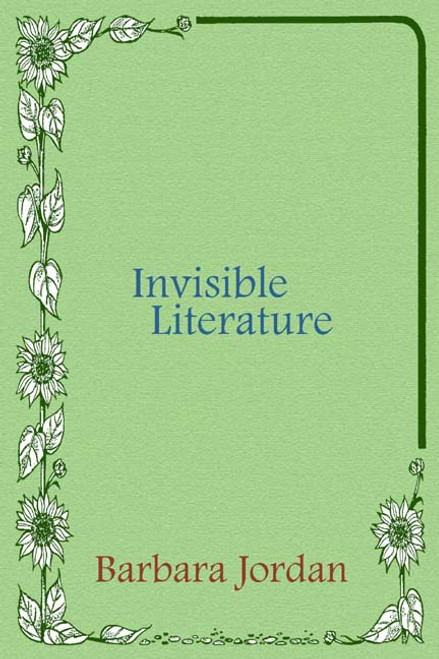 by Barbara Jordan Everyone has secretsbut are they harmless white lies or a danger to others? This is the question at the heart of Barbara Jordans Invisible Literature. Following her Godmother Donrights tragic fall, Arie Loste is gripped by suspicions that this was no accident. Her fears are confirmed as a plot is uncovered to eliminate her wealthy godmother in order to collect her fortune. But whom can she trust? The familys butler, lawyer, doctor, housekeeper, and Mrs. Donrights granddaughter Larrine all come together to reveal their true natures as well as secrets of their own. Even Arie shields a secret about her identity from those around her, which gets harder to do as her godmothers situation becomes more dire. Can the plot be foiled before its too late? And whose secrets will be unveiled in the process? Find out who is left standing as the web of intrigue and deception lead you to the conclusion of Invisible Literature. ABOUT THE AUTHOR: Barbara Jordan has been a lifelong resident of Mississippi and is a mother to three children. She enjoys spending her time reading and writing and drew from lifes experiences to develop the plot of Invisible Literature, her first book. Through lifes difficulties, Jordan finds strength in God, who has always been there for her, never letting her give up. He has been her rock through it all. (2004, paperback, 90 pages)
×