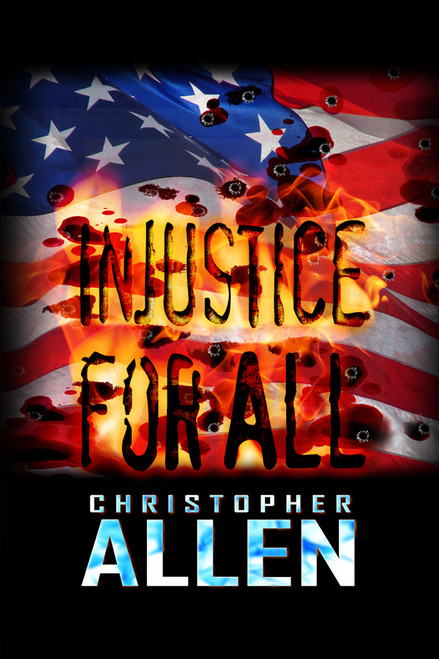 Injustice for All
by Christopher Allen

Justice for some will not always be justice for all.

Who is not familiar with the American Dream? Several decades ago and even at present, people from all over the world envision themselves setting foot in the United States of Americaa super power nation, the land of the free, and the home of the brave. But how can one chase the national ethos of the United States, which promises freedom and a promise of prosperity and success when evil rules?

In 1984 a spaceship carrying Myanmar, a red-eyed alien fighter, crashed into the Gulf of Mexico. He brought havoc in the world, annihilating everything that came his way. The United States Army tried to stop him, but before succeeding, Myanmar left his sons to his father, Gozaren, on Earth, then flew off in space. Soon the Army rebuilt itself, recruiting more Americans it needed and Myanmars sons, Gozer and Malhavco, join the Armed Forces. Little does the US Government realize the imminent downfall of its nation, when selfish, inhumane people corroborate with those who want to destroy the American Dream and let the people pay the price.

Inspiration of the Heart