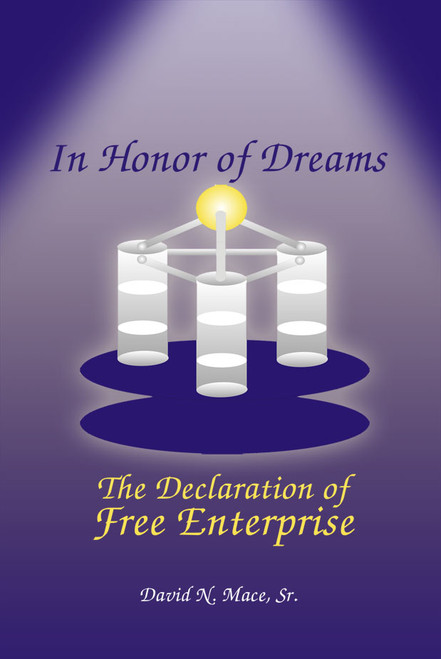 In Honor of Dreams

The United States of America is the icon of democracy. It has proven in the past two centuries that democracy and freedom bring forth progress, prosperity, and security. The empowerment of the people not government empowers our nation. Lately, there is no doubt that the economy of the United States is in shambles. This inability to recover from our economic slump is largely due to dubious and ineffectual political policies and the refusal of the congress to address the fundamental issues. This threatens to undermine the United States influence and stature the world over. What has brought our great nation almost to its knees? For David, and many other Americans, the failure to uphold the tenets of the Declaration of Independence and the Constitution of the United States, along with the inability of our congressional representatives to actually represent us, is responsible for our countrys enormous problems. He also believes that laws, regulations and policies, should be simple, direct and understandable to all citizens.

But David is not one to just rant. He is offering a solution that could just possibly lift the country from its economic and political woes. He believes the country needs restructuring and rebuilding using the same logic and determination that our founding fathers utilized in 1776. He is proposing a third platform of national documents. In this book he is presenting a Declaration of Free Enterprise" for all to see, discuss and build on. Together with the Declaration of Independence and the Constitution, they form a "Trilogy of Democracy" that could serve as a blueprint for the rebirth of social, economic and political policies for a modern America.

David was born in Ithaca, New York. His family moved to the Syracuse, N.Y. area where he finished his education. Upon graduation he enlisted in the U.S. Coast Guard and served on the Great Lakes until 1980. After many years of observation and thought, he felt the need to share his insight with the rest of the world. This writing is the culmination of those ideas and certainly deserves to be considered by us all. David currently resides in Memphis, Tennessee.