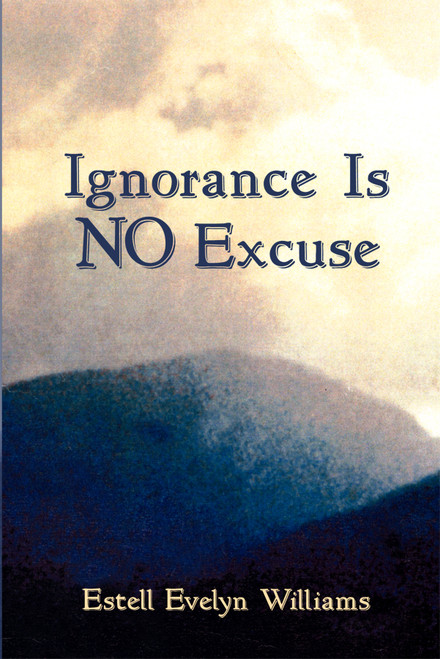 Ignorance is NO Excuse
by Estell Evelyn Williams

Estell Evelyn Williams was born in Bluefield, West Virginia to Thomas Early English and Geneva Samantha Penn. She grew-up in Gary, West Virginia for a short time then moved to Elbert, West Virginia where her parents lived until she graduated from Gary District High School. Shortly after graduation she married Charles Leon Williams and they moved to Columbus, Ohio for one year. From there she moved to Detroit, Michigan where she currently resides.

Just before she retired, she was called to be a minister: Bring my people out of bondage. Go to the Jew first, then to the Gentile. The first words spoken to Williams by God before He told her to go! into the ministry was, My people are perishing from lack of knowledge. Telling God she did not want a church, He told her to go out into the highways and by-ways and bring them in, and sent her out after placing a tract in her hand The Gates of Hell Opened? A tract that He said would save many people alive.all over the United States by private car, Greyhound bus or airplane.

The last city was San Francisco. On her way back to her hotel, she says that He told her that it was getting too dangerous on the streets and to go home to minister from there.

Williams says that He began dictating the five books to her that are contained herein and had her prepare them herself to be mailed out all over the United States, Canada, and every country overseas. Recently, she says that He told her to combine them into one book and gave it the title Ignorance is No Excuse followed by His comment, The Truth will be made known!

She believes that all who read this book and will accept and live in accordance to all of His Commandments, statues and judgments cited therein will have the perfect health, wealth and happiness promised to them.

A Road from Ignorance - eBook