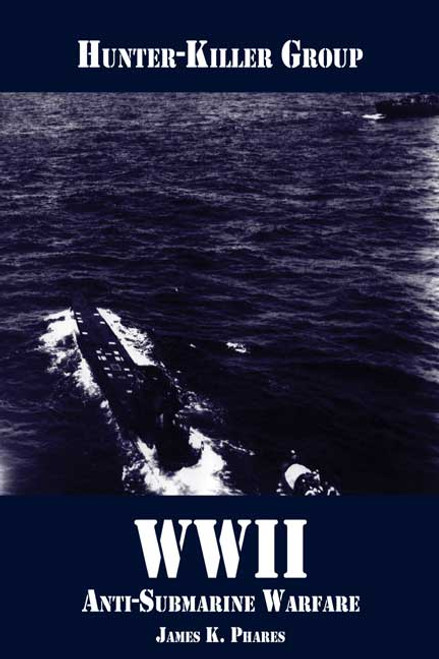 by James K. Phares Hunter-Killer Group: WW II Anti-Submarine Warfare details a period of aggressive action against Hitlers submarine force in the Atlantic Ocean during World War II. The dreaded U-boats had devastated the shipping of war materials to England and Russia, and aircraft carriers with armed escorts were assigned to combat the menace. Task force 22.3 was organized as a hunter-killer group deployed for search and destroy missions. James K. Phares served aboard the USS Pillsbury, the flagship of Escort Division 4, operating the High Frequency Direction Finding equipment that had been installed to pick up radio transmissions from U-boats and secure directional bearings on their locations. The mission to find and destroy or capture enemy submarines proved vital to the Allies war efforts, and the determined tenacity of the officers and crew brought about some stunning victories, including the capture of U-505. Hunter-Killer Group: WW II Anti-Submarine Warfare recounts the experiences of the Pillsbury crew from April of 1945 to the treacherous final days of the war. ABOUT THE AUTHOR After serving in the United States Navy during WW II, James K. Phares returned to civilian life to pursue a long career as an electronics engineer. Now retired from the former Goodyear Aerospace, he resides in Ohio with his wife, Lorna. An independent pilot, he also enjoys amateur radio, astronomy, and paleontology. Hunter-Killer Group: WW II Anti-Submarine Warfare is his first published book. (2006, paperback, 46 pages)
×