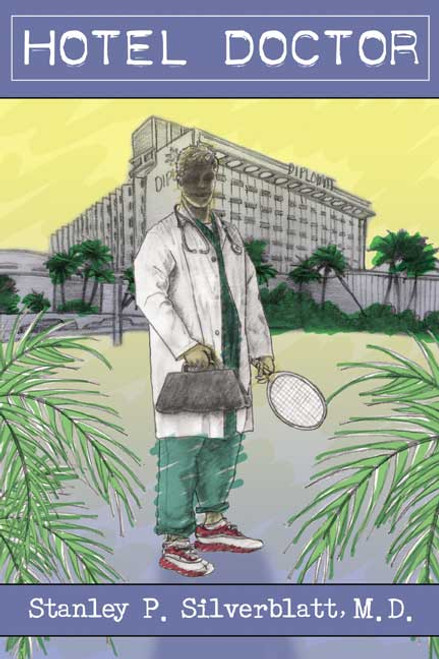 by Stanley P. Silverblatt, M.D. When Dr. Silverblatt entered the world of medicine, he never imagined he would become a hotel doctor in Florida. In fact, his previous opinion of southern hotel doctors was that they were incompetent boobs and rejects from the north. This attitude changed, however, once he became immersed in the position, developing a love of his work and a true relationship with his patients. As the hotel doctor of the Diplomat Hotel, fondly referred to as the Dip, he had the opportunity to rub elbows with famous actors, entertainers, sports figures, and comedians, creating a wealth of interesting memories and a stock of famous friends. This book offers a sampling of those memories, retelling instances in which Dr. Silverblatt has saved lives, offered needed support, and been through his share of comical predicaments. This autobiographical account of one mans experiences moving from his practice in Pennsylvania to a whole new exciting adventure in Florida is both entertaining and inspiring in its warm detail and commentary. Follow the doctors orders in Stanley P. Silverblatts Hotel Doctor. ABOUT THE AUTHOR Dr. Stanley P. Silverblatt has practiced internal medicine for more than forty years. Born in Pittsburgh, Pennsylvania, he attended Mercersburg Academy in Mercersburg, Pennsylvania, and Princeton University in Princeton, New Jersey. He graduated from the University of Pittsburgh Medical School, interned at Montefiore Hospital in Pittsburgh, and completed a three-year internal medicine residency at the Pittsburgh Medical Center at Presbyterian Hospital. He is board certified. Following his formal medical training, he enlisted in the United States Public Health Service and was a Heart Disease Control Officer for the state of Connecticut. After ten years of medical practice in Pittsburgh, he relocated to South Florida in 1973 and accepted a new and unfamiliar challenge as a resident physician at the famous Diplomat Hotel in Hollywood. The next decade would bring interesting encounters with the rich, the famous and the infamous. Dr. Silverblatt is a vegetarian and enjoys daily exercise. He ran in the first Pittsburgh Marathon in 1971. He resides in Golden Beach, Florida, with his wife, Maxine. The couple has three children and four grandchildren. (2008, paperback, 100 pages)
×

The Haunting of the Beauregard Hotel - eBook