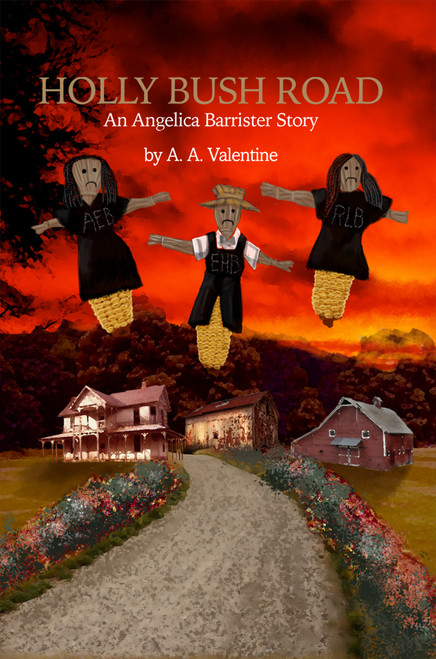 In order to gain, we must sacrifice. And if a large group, such as a town, took this to heart, what would be the outcome? What sort of sacrifice is necessary, and who is willing to sacrifice what they hold dearest to them for the greater good? Holly Bush Road is the origin story for the main character, Angelica Eva Barrister. This book focuses mainly on the family’s experience at their farmhouse on Holly Bush Road, and it introduces us to a sense of balance that is needed to be maintained, not only in our lives but in nature also. Perhaps we should rejoice in the “good” times, or perhaps we should be preparing ourselves for the “bad” times that will inevitably come.

Since an early age, author A. A. Valentine not only enjoyed horror novels and movies but also the study of ancient mythologies. The Greco-Roman variety of myths was his favorite, but eventually he branched out into studying world religions as a whole. He earned his Bachelor’s Degree in Philosophy and Religious Studies from Radford University in 2008. During his timethere, he always found himself drawn to the practices of ancient Pagans and the darker side that is prevalent in ancient and even modern religion. Given his interest in both the study of religions and horror, we come to his current work of fiction. He has done some field work in paranormal investigations (although voluntarily, not as a professional).

Lord, I Need A Burning Bush