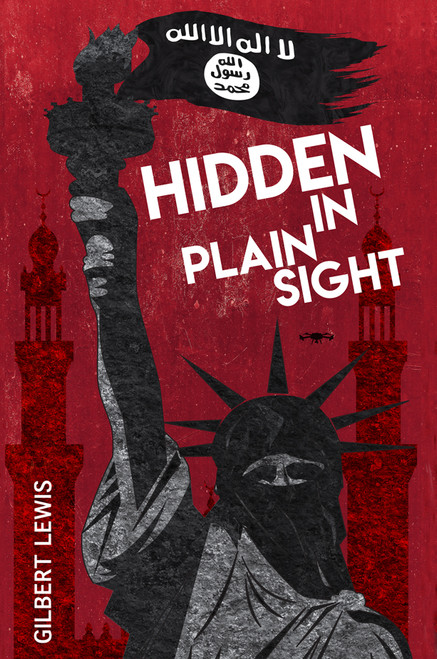 ISIS terrorists are holding six hostages for ransom. The ISIS high command has ordered that all Western hostages held by ISIS be brought to a safe central location and that these hostages be used to extract monetary funds from the Western allies.

These allies have assembled to watch a video recorded by ISIS. The six hostages are placed in a row; each hostage has the black hood removed from their head. A voice in English with a heavy Arabic accent says, “State your name and nationality.” After each hostage does so, their head is again covered. ISIS demands 10 million in bit coins or one of the hostages will be executed.

After 48 hours, ISIS has not received the 10 million in bit coins. A reporter from The New York Times is beheaded. The combined forces of Great Britain and France assemble a Special Operations team. The team successfully rescues the remaining hostages.

After the unsuccessful ransom demand, ISIS now turns for funding from rich Arab jihadist supporters. ISIS plans and successfully carries out an attack at a US football stadium. Thousands are killed. The US now assembles a combined team from the CIA, MI6 and the FBI.

Throughout the story the antagonist plan devastating attacks on a nuclear power plant, bridges and tunnels in the United States. The protagonists investigate every lead as they attempt to determine what ISIS is planning. The story is realistic and takes the readers to Saudi Arabia, Pakistan, France, Switzerland and Mexico. ISIS has training camps in Pakistan, Chechnya and Mexico. ISIS forms an allegiance with a Mexican Drug Cartel. The cartel lends assistance in moving the terrorists and weapons to the US. The US team is always one step behind. Based on electronic intelligence, raids are carried out on the training sites in Pakistan and Mexico.

At the end of the story, the US team is successful in decoding the ISIS communications and determines the location of the attacks. The US team successfully counters the ISIS attacks and prevents the destruction of the nuclear power plant. The ISIS teams that are to place the explosives at the bridges and tunnels detonate their explosives prior to reaching the target. A number of ordinary citizens confront the terrorists and prevent the destruction of the intended targets.

Gilbert Lewis is a degreed Electronics Engineer. He has over thirty years of experience working in the US Intelligence Field. Mr. Lewis completed ten years of field assignments in Pakistan, Afghanistan and Germany. After successful field assignments, Mr. Lewis completed his career working for a three-letter Intel agency in Northern Virginia. His primary field of expertise is in the Signals Intelligence (SIGINT). He is an expert in electronic surveillance, network security and drone technology.

Mr. Lewis is now semi-retired and spends his time researching cryptocurrencies and the securities market. He is an avid reader of techno-terrorism, spy novels, law enforcement and murder mysteries.

At any point in time, Mr. Lewis may be found in any number of locations, Northern Virginia, West Texas, Arizona or Florida. He enjoys playing golf, riding his mountain bike or flying his drones. Mr. Lewis is married and has three grown children and seven grandchildren.

Under the Hidden Moon- eBook