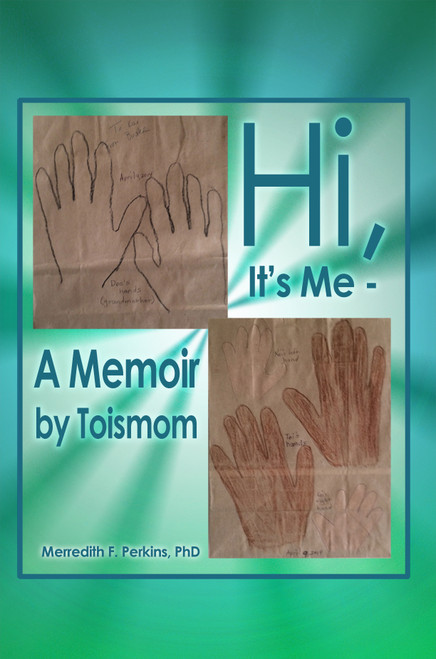 Hi, Its Me A Memoir by Toismom

Merredith F. Perkins, PhD remembers, laughs with, and mourns for her beloved daughter, Toi, in this joint memoir of their intertwined lives.

Perkins beautifully captures Tois gentle spirit, strong will, humble demeanor, brilliant talent, and charming personality in her interactions with others and in the accomplishments of her short but very fully lived thirty-nine years. From acting at The Juilliard School after college to struggling, despite her terminal cancer, to complete her Master of Divinity degree from the Fuller Theological Seminary, Toi always found comfort, support, and guidance from her mother, no matter how many miles separated them.

Toi and her mother shared a very strong and unique bond during Tois life on this earth; a love that traversed space and timeeven life and death. In the same year that Toi gave birth to her only child, she was diagnosed with a merciless cancer, leaving her and Perkins with a year together to reconnect, reminisce, and relive the past together; but not without new barriers, unforeseen obstacles and opposition, and restricting expectations about Perkins role as a helper in Tois new household. Through a strengthening trial full of heartache for Perkins, both she and Toi struggle with the concept of to thine own self be true as theyre faced with their lost senses of identity as mother and daughter as a result of Tois marital relationship, which Perkins strongly senses as oppressive and dishonoring to both Toi and herself.

In the midst of it all (and despite mixed signals from Toi) Toismom proves to be true to herself and to her beloved Toi. She vows to keep Tois memory alive, knowing that her legacy will live on in herself and in the young grandbaby whose life shes determined to be a part of and someday share her rich heritage with.

In this retelling and retracing of Tois life and the events of the end of her life, Perkins goes on to captivatingly illustrate that nothing and no one can come between the love of a mother and her daughter. In her demonstration of her deep and unconditional love for her daughter, Perkins proves in this gripping and emotional memoir that nothing and no one will ever stop her from being Toismom.

Merredith F. Perkins, PhD was born in Monroe, Louisiana, raised in Detroit, Michigan, and now lives in Lanham, Maryland. Her philosophy of education doctoral degree from Walden University culminates her teaching career in reading and English language arts. This is her first publication of a memoir about her life with her daughter who died from cancer. Her granddaughter lives in Grand Rapids, Michigan.