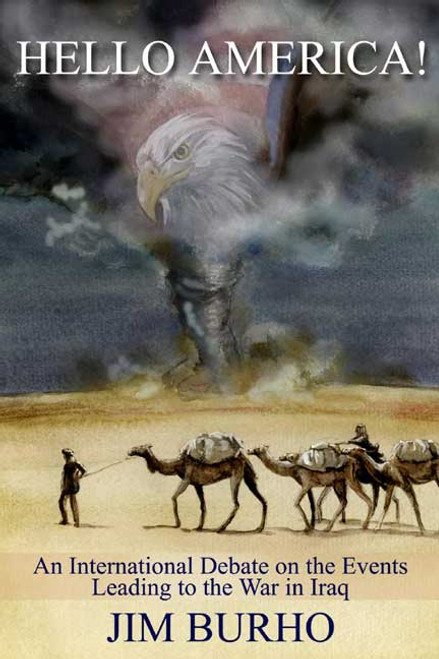 by Jim Burho When Jim Burhos daughter emailed him an anti-war, anti-American polemic she had been sent by a Norwegian friend, which originated from a prominent Norwegian television journalist, he felt he could not let it pass unchallenged. He was compelled to respond to and refute at least the most exaggerated and biased positions. When he did so, he was drawn into an extensive Internet debate over the then imminent American invasion of Iraq. Jim has written a unique non-fiction book, which chronicles that debate and provides the reader with the insightful views of common people from different cultures discussing, debating, and arguing this historical issue at this historical time. This multinational project includes the passionate voices of Norwegian, British, German, Russian, and American participants with diverse perspectives ranging from that of a UC Berkeley college student to a World War II veteran. The debate was long and contentious, as each participant attempted to support his/her position. The true value of this exposition is realized as each perspective is opened up to the opposing points of view. As such, this is an exercise in communication rather than conversion. In these polarized times any contribution to a better understanding between the liberal and conservative positions is of signal service. ABOUT THE AUTHOR Jim Burho, a twenty-one year United States Air Force veteran fighter pilot, currently flies for a major commercial airline. He has a B.A. in Economics, and an MBA in Business Administration. A native of Minnesota, he now makes his home in Florida with his wife, Sheila. They have two sons and two daughters. He confesses to being an outdoor sports nut and indulges in hunting, trekking, and boating. He has a keen interest in both politics and history, believing one cannot be understood without the other, and that political judgments made without a historical perspective are inevitably flawed. (2005, paperback, 262 pages)
×