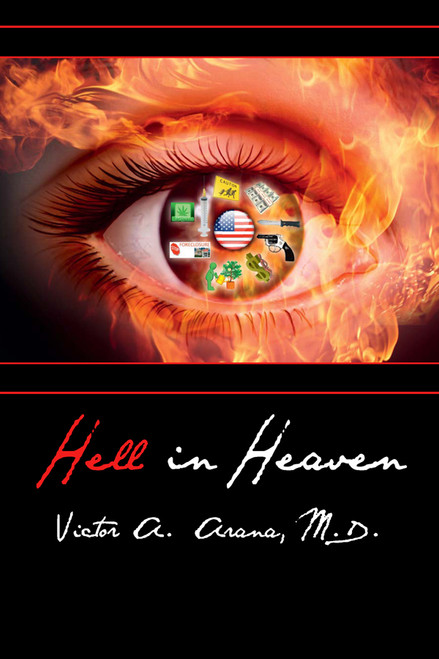 Hell in Heaven
by Victor A. Arana, M.D.

Victor A. Arana, M.D. understands the difficulties of immigrant life firsthand. Born in Peru, Arana came to the United States to work as a surgeon. Although he established a prominent medical career and raised a successful family in this country, he faced many obstacles along the way. After working amidst the Hispanic community, Arana realized many individuals enter the United States, both legally and illegally, with vast misconceptions about the realities of life in this country. Hell in Heaven provides honest and important advice to current and future immigrants, so they may come to the United States informed and prepared to deal with the challenges posed by the current economic crisis.

Born in Trujillo, Peru, Victor A. Arana, M.D. immigrated to the United States in 1963, after receiving a medical degree from San Marcos University School of Medicine in Lima, Peru. He continued his surgical studies in the United States, specializing in Transplantation, Gastroenterology and Proctology. Arana has published several papers in American and international journals, and he released his first book, Irregularities in Correctional Institutions, in 2007. Additionally, Arana has presented lectures at teaching seminars around the world and served as a trustee for the International Academy of Proctology. In the May 2006 issue of Contigo Peru in U.S.A., he was recognized as one of the best gastric surgeons in the world. Arana currently resides in Florida, where he volunteered his medical services to the local Hispanic community.