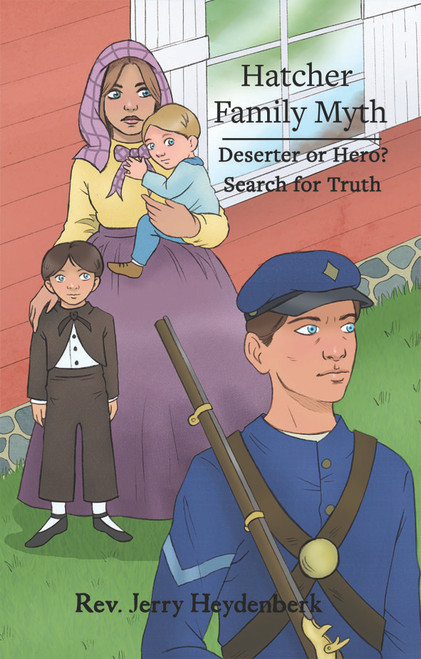 In Hatcher Family Myth, author Rev. Jerry Heydenberk refutes an old family legend. A genealogical review done by a friend of his showed that Carl did not desert his family in an alcoholic state. Instead, he left home to serve for the Union Army in the Civil War. His obituary records Carl as an eighteen-month service veteran who was honorably discharged. It also shows his retiring to farm life and marrying his second wife after his first wife disappeared. Carl’s first wife’s obituary records shows that she died a widow, so no one knows if she invented the story that Heydenberk’s mother told him for years or if she actually believed her husband deserted her and their two young sons.

Heydenberk wrote this revealing book to motivate family members not to simply accept myth as unverifiable truth. He encourages others to check the facts to discover the hidden truth. Heydenberk’s story enabled him to dig below the surface and learn the untold account that had been buried for decades.

Rev. Jerry Heydenberk and his wife created two books teaching children and their parents about the Holy Spirit’s presence in their lives. He previously wrote a biographical book, Stroke of Grace, which retells an ischemic stroke that curtailed his active church ministry and led to a long recovery period that also revealed bipolar disorder. Currently, he is co-authoring a book, We, that tells the story of his bipolar illness and his wife’s co-dependent tendencies.

Heydenberk has been married to his wife, Valera Lee for fifty-two years, and they are the parents of three children, six grandchildren, and one great-grandson. The couple currently resides in Bellevue, Nebraska.

The Real Ranking of the Presidents: An Accomplishments-Based Evaluation - eBook

Patgit and Mr. Grand and the Family