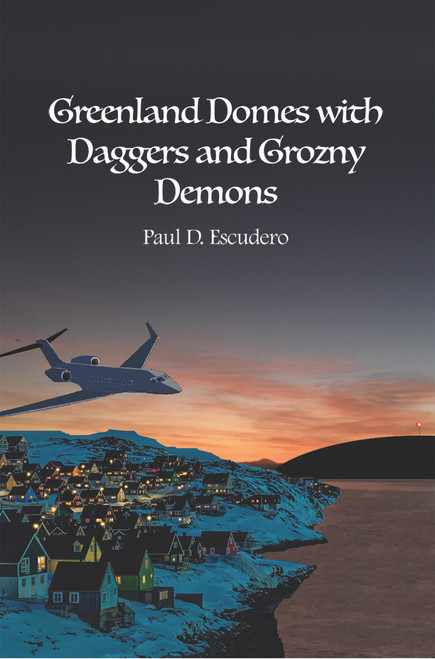 This book portrays the construction of the first Dome City in Nuuk, Greenland. Russian leader Vladimir Putin gets involved in the proposal to put a dome over Moscow. The main character Alex Baxter initially picks Chita, Russia, a city adjacent to a major Russian military base in Siberia. Baxter believes by creating domed cities in areas with harsh weather during most of the year, we can avoid using farmland to build housing, preserving the ability to feed the public in the future. Vladimir Putin agrees to allow the construction of the Dome at Chita with the quid pro quo of doing Moscow first. During the start of the Greenland Dome there is political unrest. Locals do not want the dome built. This leads to the murder of individuals close to Mr. Baxter, terrorist attacks and subsequent investigations. Nuuk landmarks are showcased in Escudero’s exciting, informative and intriguing novel to give the reader a feel for this capital city.

Paul D. Escudero is the author of a number of science fiction novels that cover broad topics from aliens to the United States Space Force. Having a lifelong career in electronics associated with aircraft, ships, and submarines opens up numerous ideas for science fiction drama to him. He is also a train buff, studying the history of trains around the world, and classical music connoisseur: he often listens to the great compositions in piano, violin and symphonies while crafting out new works. And living in San Diego offers year round walks along the beaches to enjoy the splendid marine life that abounds. During his spare time Mr. Escudero studies Chinese and Japanese and currently he is in the process of publishing a book in Chinese. His other titles with Dorrance Publishing include Sanctuary City, United States Space Force, and Sasha Andromeda.

Snow at the Dome

The Demon of Table Mesa (HC)