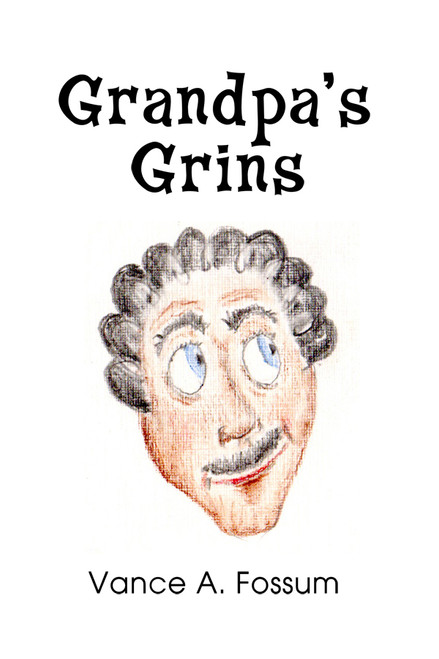 By: Vance A. Fossum

When Vance A. Fossum’s wife was ill many years ago and no longer able to buy birthday cards for their grandchildren, she sent him on an impossible mission. It was impossible not because there were no birthday cards to be found – there have always been plenty of them. However, the better ones seemed too expensive to be thrown away and few were really fun. Like most grandfathers, Fossum likes to entertain, tease, and even teach his grandchildren. Unfortunately, distance prevented Fossum from visiting his grandchildren as often as he wished. So a special, more personal birthday card seemed like a good way to bring smiles across the miles.

The “Fan Flea” was among the first imagined critters. The happy reception of these, and the multiplying of grandchildren, led to more nonsensical creations with rhyming lines to encourage laughter and learning. Soon, what had seemed an impossible and frustrating task became an exercise of pure fun – Grandpa’s grimaces became Grandpa’s Grins!

This book is dedicated to the grandchildren who inspired it. It is Fossum’s hope that other “children” between ages eight and eighty may smile along with him and with one another.

As with all of Fossum’s childhood friends, baseball and other sports were part of a daily routine growing up in the 1950s and early ’60s. At the same time, he had an avid interest in art, poetry, and music, which continues to this day.

Fossum and his three younger siblings were raised by Lutheran-Christian parents in Austin, Minnesota. They grew up in a home where the word of Christ was the highest priority. Joy and laughter abounded, as they often sang hymns in four-part harmony as well as old show-tunes and popular music their parents taught them from the 1930s and ’40s.

In the summer of 1965, after graduating from high school, Fossum’s plan was to get a degree in architecture and design. However, after serving forty-six years as a pastor in the Church of the Lutheran Confession (CLC), he retired from the full-time ministry of the gospel in July of 2016. His wife of thirty-eight years passed away in the summer of 2008. They were blessed with four wonderful children, Christian spouses for their children, and many grandchildren. Fossum desires to continue writing and serving in the part-time ministry, as well as writing and illustrating a children’s devotion book.