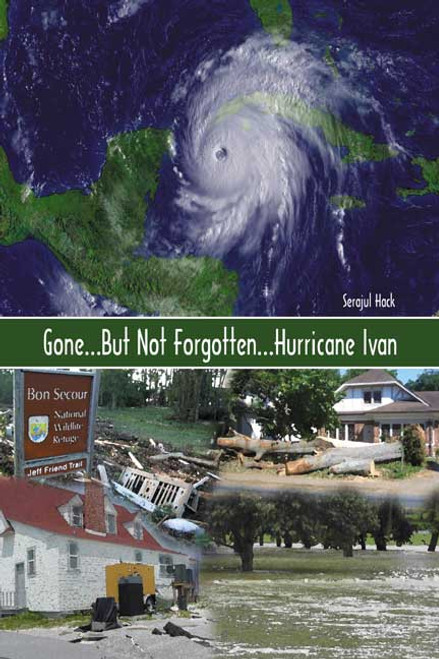 by Serajul Hack When Hurricane Ivan struck Jamaica, the Cayman Islands, and Grenada, the nightmare of pain and suffering was surreal yet all too real. The disaster that befell the inhabitants of these islands could be compared with the catastrophes of Hiroshima and Nagaski. In the blink of an eye, the hurricane victims disappeared like victims of the Bermuda Triangle, devoured by the raging world of waters, and the survivors were sent scuttling from Ivan, the most horrendous destructiveness in recorded history. In a set of word paintings, Serajul Hack shows scenes so strange and unrealthat I found it difficult to believe it was happening. ABOUT THE AUTHOR Serajul Hack holds dual citizenship: in Guyana (formerly British Guiana), where he was born, and in Canada, where he now lives with his wife. He has seven children: four boys and three girls. When Hurricane Ivan struck in 2004, he turned on the televisionit was as if I were struckby the lightnings gleaming rod; my own coffinI imagined! I couldnt resist putting into word painting what I have seen In 1997 Serajul Hack had a poem published in the anthology The Glow Within. Along with writing poetry, he is especially interested in the very British pastime of cricket. (2007, paperback, 112 pages)
×