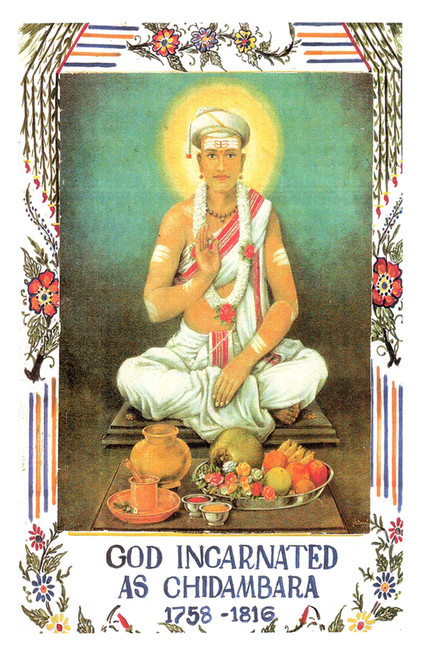 Chidambara is not a name that many in the West will find familiar. Even among the followers of the modern Hindu religion he is largely unknown, but Chidambara’s legacy is one that is worth learning and remembering, for Hindu and non-Hindu alike. During his time on earth, Chidambara proved time and time again that he was more than a man. He was a deity incarnate, and his power knew no bounds.

For the first time, the story of Chidambara and his many devotees is available in English, carefully adapted with commentary from the author. To know Chidambara is to know the Almighty himself.

Commander B.R. Venkatesh (Retd) was born in Bangalore City, India. He graduated university with a degree in mechanical engineering and joined the Indian Navy where he served twenty-five years as an aviation engineer. He is now retired.

God Weeps with You: And His Connection with Jesus and the Slaughter of the Jews

God's Love for the World: The Pathway to Grace

Geographical Origin of Language: The End of Place Name Mystery