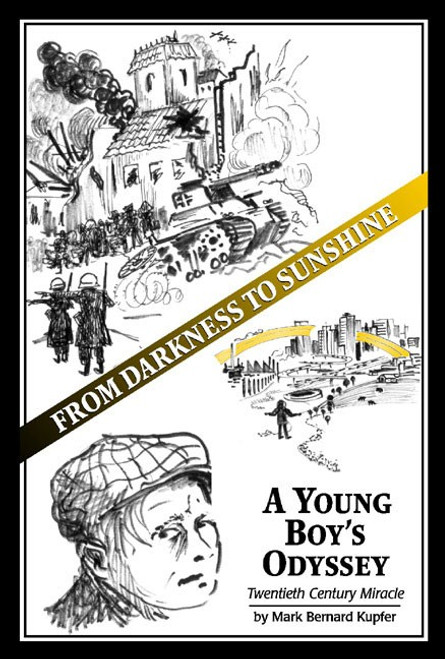 The Holocaust while it brings to mind a time of unspeakable suffering and death, there were also examples of courage and survival. Mark Bernard Kupfer is one such example. As a teenager, he was forced to flee a Polish ghetto after the 1939 German invasion and had no choice but to hide wherever he could in bunkers, attics, and even a pigpen. Then it finally happened Mark Bernard Kupfer was betrayed to the Nazis and made to struggle for survival in a forced labor camp, where he had to fight for every morsel of food.

While most of his family perished in the camps, including his parents and some siblings, Mark Bernard Kupfer refused to die, refused to give in to the hate around him, and vowed to survive and tell the world. This is his personal story.

A native of Nowy Korczyn, Poland, Mark Bernard Kupfer was a retail manager in El Paso, Texas. Trained as a tool and dye maker, he studied religion at Yeshivoth Chachmei Lublin Seminary in Michigan and business at Wayne State University. This book is being published as a tribute by his daughter Debby and his sons Dov, Sam, and Abie.