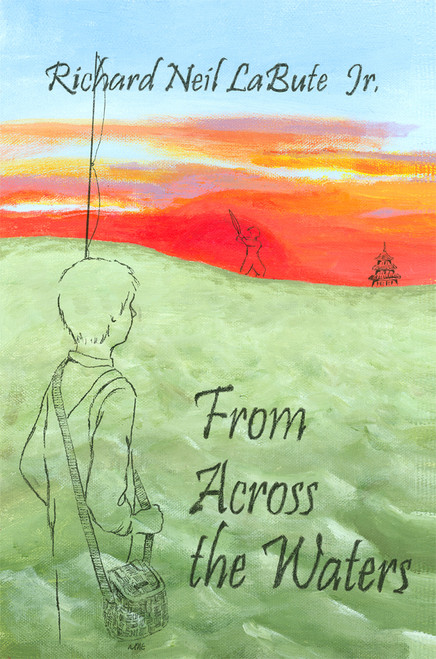 From Across the Waters
by Richard Neil LaBute Jr.

Spanning a dramatic range of time, geography, and characters, From Across the Watersa prequel novel to The Searchfollows an ambitious American from boyhood to the highest offices of the U.S. Navy; a young Japanese woman who, through her faith, becomes much more than just a royal bride; and numerous conspirators and underlings on both sides of the Pacific. From Across the Waters is historical fiction at its finest, blending fact and fiction to transport the reader back to our own past, in all its complexity and beauty.

Richard Neil LaBute Jr. was born in Michigan and raised in Washington State in the foothills of the Rocky Mountains. His writing reflects his lifelong interest in history and linguistics as well as seven years active and three years reserve service as a regular in the United States Marine Corps. Since 2000, he has been engaged in animal husbandry and organic/sustainable farming in central Minnesota in addition to flying corporate aircraft and volunteer air ambulance part-time. Having traveled, worked or lived in over one hundred countries, including ten years spent in Japan, Mr. LaBute currently resides with his wife of thirty-three years, Yoko, on a small farm near their two daughters and three grandchildren.

From Out of Red Hook

From Rags to Riches