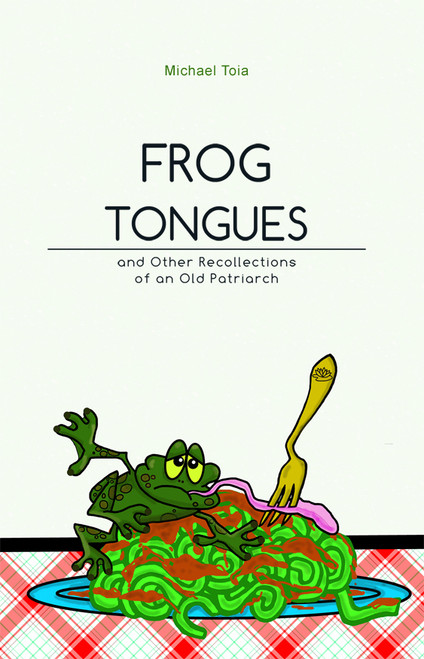 Frog Tongues and Other Recollections of an Old Patriarch by Michael Toia is an engaging memoir. From time to time the author shared some of his most memorable and humorous anecdotes with his daughters when they were growing up. Once they reached adulthood and moved away, they were missing this connection with their father and suggested he set them down on paper, not only for them, but for future generations. Their request was the catalyst for this book.

This is a collection of independent readings containing a few short tales with anecdotes taken from his life experiences some humorous, some thoughtful, some instructive, and some of love. While you may be able to identify with some of these remembrances, there are quite a few that will definitely surprise and delight you, so relax and enjoy.

Born, raised, and educated during the heyday of big steel in the suburbs of Pittsburgh, Pennsylvania, Michael Toia and his wife, Joyce, now reside in Culpeper County, Virginia, in a house where the message, An Old Bear Lives Here with His Honey, is displayed at the threshold.

Michael developed an early interest in technical matters and obtained an amateur radio license as a young teenager. Friends still catch him on the air as K3MT. A career path led him through various engineering and managerial positions with the US government, academia, and industry.

His favorite pastimes involve spending time with his wife and daughters, listening to music, and studying math and physics.

From Yen 2 Zen: The Tale of Toshi and Ping