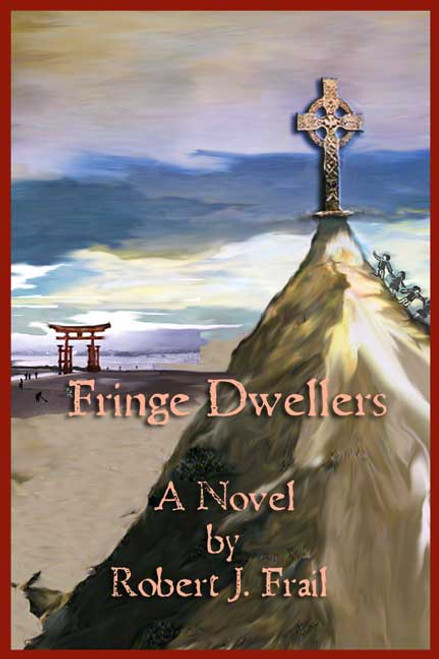 by Robert J. Frail In April 1995, Knickerbocker Charles (Casey) Trucker, senior investigator at the Mount Etna Insurance Company, with headquarters in New Jersey, began an inquiry into the demise of a famous nonconformist society, The Wandering Rocks. At first, Casey completes a case study of this society of eccentrics, but his supervisor, Virgil Boss, informs him that his investigation will not be complete until he conducts a full-blown analysis of a cluster of nonconformists, known indirectly and loosely connected as the descendents of the Mighty Mohawks. In mid-May, Casey is invited by Moses Cooper, leader of the Mighty Mohawks, to spend a few days at the retreat house in Hamlet, New York. There, Casey experiences a strange series of adventures and incidents: he learns about the Bagel Factory Dynasty and St. Rovers University, and he attends a Jazz and Wine Party where many odd events occur and he is eroticized by a beautiful woman named Robin Dearhart. His sojourn continues the next day at Horseshoe Beach, then, after a night of excessive drinking with Robin, he is deposited in a department store window and placed in a bed on display, then, still unconscious, he is delivered the next day to the Garden Gates a prestigious Buddhist Learning Center. Here, he leads a revolt of the monks against the didactic and nefarious Master Ramanishi. During his four-day stay, he is mentored by Shalom, a gentle, young sage who initiates him into the mysteries of life. Here, too, he meets Jocko, the goat who becomes his boon companion. When Casey returns to work at the end of May, he is prepared to submit his resignation, since he has behaved so foolishly on company time. Virgil Boss points out that he has, indeed, preserved The Wandering Rocks from extinction, and for this, he was a hero to the Mount Etna Insurance Company. Casey serves as an advisor to younger agents until his retirement six years later. Caseys final redemption is conveyed with a seriously comic spirit and serves as a reminder that irony is not always tragic, that the extraordinary is found in the ordinary, and the fragility of sentiments has its own threshold. ABOUT THE AUTHOR A native of New York City, Robert J. Frail is married and is an associate professor at Centenary College. He has a B.S. from Manhattan College, an M.A. in French from Columbia University, and Ph.D. in French and Romance Philology, also from Columbia University. He is a member of MLA, ASECS (local chapter), ACTC, AATF, and FLENJ. His other books include Realism in Samuel Richardson and the Abb Prvost (Edwin Mellen Press, 2005); and A Singular Duality: Literary Relations Between France and England in the Eighteenth Century (AMS Press, 2006). (2006, paperback, 98 pages)
×