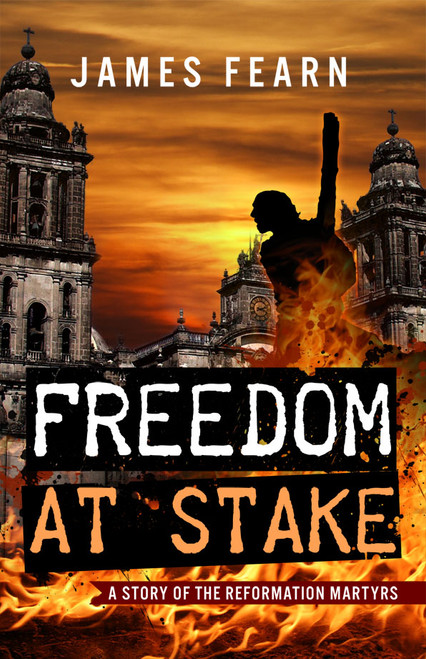 Freedom at Stake; A Story of the Reformation Martyrs
by James Fearn

Sometimes a few dedicated heroes can turn a spark of change into a firestorm of rebellion.

Such was the case during the Protestant Reformation, when courageous souls stood against oppression, changing the way we approach religion even today.

In Freedom at Stake, men and women consumed with passion and dedication incite turmoil among traditional thinkers and established powers. They inspire change across Europe, from peasants and farmers to popes and kings.

But as they bravely fan the flames, can they help but get burnt? Do their risks pay off, or do their actions consume them?

In these fiery years, everything is at stakefreedom, liberty, and even life.

James Fearn has ancestral roots planted in thirteenth-century Fearn Abbey in Northern Scotland, a center of the Protestant Reformation. An Australian native, he works as a science educator at the Royal Melbourne Institute of Technology and holds masters and doctorate degrees. In addition to writing, he enjoys volunteering, singing, choral conducting and operatic performance. He lives with his wife, Helen Margaret, in Doncaster, Victoria. This title is his sixth published book.

Fragrance of a Thousand Magnolias: Collection of Short Stories and Poems

Five Days In the Life of Lucretia Parker