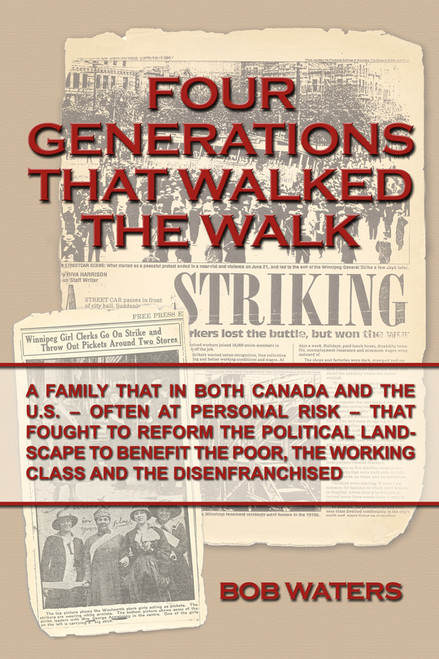 Four Generations that Walked the Walk
by Bob Waters

In the mid-1880s, Bob Waters great-grandfather, Alf Jury, began the lineage of activists and reformers who led the fight for change and betterment of the economic and political landscape for the benefit of the working class. His aspirations were continued by a socialist and determined reformer named George Armstrong, Alfs son-in-law. The familys legacy was passed on to their daughters husband, Charles Waters, who was a labor leader in Illinois and Washington, D.C., for forty years.

As the son of Charles Waters and descendant of an activist clan, the author knew his fate would not be much different. As his cousin had stated, If you were an Armstrong, you could not sit on the fence. You had to get out there and do something.

Four Generations that Walked the Walk illustrates the authors work to express his familys convictions in doing the right thing to help others who needed their support.

Bob Waters is married and has one son. Retired, Bob lives in Hot Springs Village, Arkansas. He was an officer and lobbyist for Common Cause (1987-2006) and the Illinois State Board of Ethics (1997-1999). His interests include political activism and golf.

A Walk to the Beach

Forming the Future Through Knowledge of the Past: 2000 Years of Christian History