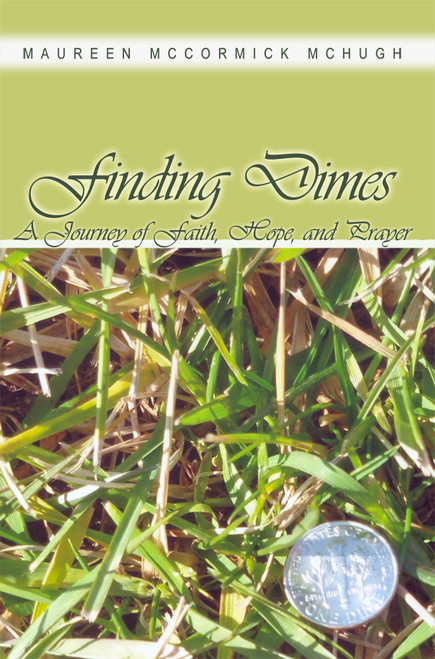 In a world full of chaos, crises, despair, and calamities, it is easy to dismiss life's little miracles, particularly Gods presence, in everyone's life.

When Maureen McCormick McHughs paternal grandfather and maternal grandmother passed away, she began to find nickels everywhere in car seats, in sidewalks, or even her change from the grocery store. She first dismissed the signs, until she realized that whenever she prayed the hardest, it was when she always found the nickels. Pondering over the matter led her to believe that the nickels were signs her angels were listening to her. Later on, the nickels turned to dimes, a symbol of spiritual presence that helped her and her loved ones cope with unfortunate life situations, especially the battle with cancer and eventual death of their brother, Tim.

With the dimes appearance every now and then, apart from other symbols, she knows she would never be alone if life's uncertainties once again befall her. She knows in her heart that when death conquers her, God would let her be an angel to the loved ones she would leave behind, just like her grandpa, grandma, and Tim are doing to her now.

Maureen McCormick McHugh lives with her husband and children in Long Island, New York, the city of her birth. One of eight children, she has been raised in the sixties and seventies in a home where a friend could always be found. She enjoys painting, reconditioning old furniture, and gardening. Fondly called Moe, Moeface, Moevilla, and Moeski, she loves long hot summers on the beach and spending time with her family and friends.