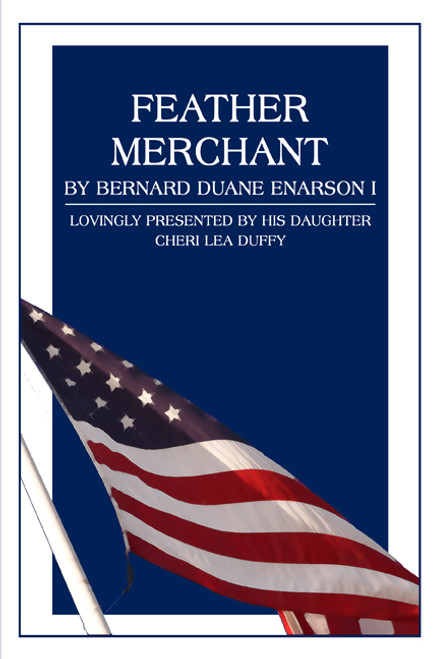 by Cheri Lea Duffy In the fall of 1941, while the engines of war are being stoked, a young man from Iowa joins the U.S. Marine Corps and enters boot camp. While he is in training, the United States is attacked at Pearl Harbor. The young man is swept up into worldwide events, traveling throughout the Pacific theater as the Americans engage and proceed against the Japanese. A vivid, firsthand account of war at the ground level, Feather Merchant describes in detail the combat experiences of a young Marine in World War II. From the aftermath of the destruction in Pearl Harbor to the gruesome carnage and suffering of the Battle of Guadalcanal, the young man deals with the brutality and struggles to maintain his sense of reality and identity. Filled with gorgeous, amazing settings such as Hawaii, New Hebrides, New Zealand, and the Solomon Islands, Feather Merchant delights and horrifies with its detailed accounts of the daily life of a regular U.S. Marine at war. ABOUT THE AUTHOR Cheri Lea Duffy lovingly presents the amazingly personal story of her fathers experiences in World War Two. Bernard Duane Enarson I, born in the state of Iowa, Montgomery County, on March 15, 1924, enlisted in the United States Marine Corps on November 17, 1941. As a member of the Carlson Raiders Second Battalion, he participated in action against the enemy in the South Pacific area from January 10, 1942, to February 11, 1944, including Guadalcanal, and participated in action against the enemy at Bougainville, British Solomon Islands, in 1943. He was honorably discharged on November 16, 1945, at the Marine Barracks, Moffett Field, California. He met and married a U.S. Naval Wave while stationed at Moffett Field and spent fifty-four years with her until his death on January 10, 1999. He remained forever a United States Marine. (2008, paperback, 134 pages)
×