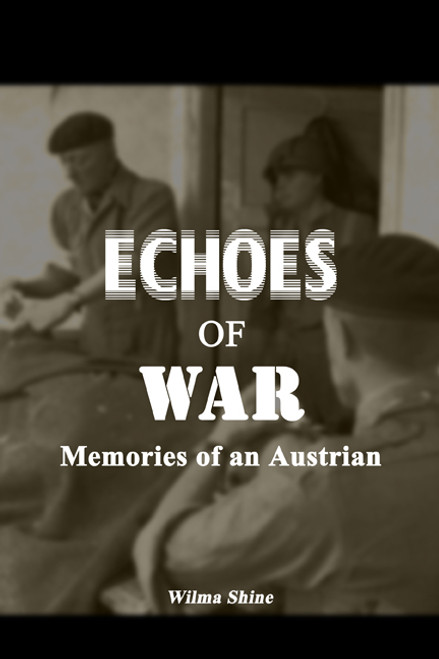 by Wilma Shine Vienna, 1961. World War II, like World War I, is long past, surviving only in the minds of those with long memorieslike Helen, an Austrian teacher who is not quite young anymore but certainly young enough to fall in love. As Helen tours Europe and North Africa with friends, she is constantly aware of the echoes of war everywhere. Monuments, cemeteries, crumbling but beautiful castles and cathedrals all speak of wars, of battles, of heroism, and of death. No matter where you go, Helen says, you can always hear echoes of war, even silent echoes. Against this background, Helen finds love with an American military technical expert whose job will send him next to Vietnam as an advisor.... ABOUT THE AUTHOR Wilma Shine, a retired college professor; specialized in training teachers for the federal Teachers Training College. She was a Fulbright scholar from Austria (like her character in Echoes of War) and involved in the overseas program of the University of Maryland at SHAPE, Belgium. Since 1976 she has been commuting between Austria and Virginia. Like her first book (Shadows of War, Dorrance, 2003), Echoes of War is based on Wilma Shines own experiences in postwar Europe. She notes that although many of her characters names have been changed, their history is quite accurate. Wilma Shine is also the author of Mummy, I Have to Go Potty: A Visit to Toilets around the World (Dorrance, 2005), an amusing little guidebook to the worlds restrooms, WCs, and loos. (2008, paperback, 178 pages)
×