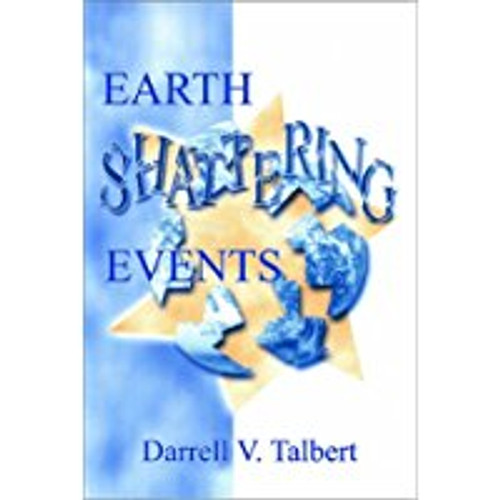 by Talbert Discovering that Earth is on a collision course with the sun, astronaut Roger Palmer undertakes a secret mission to find a solution and save the planet from certain destruction. He and his sidekicks are determined not to panic the population, but when he is shot and nearly killed, all hell breaks loose. Matters are further complicated when he is abducted by an alien race who, it turns out, live on a similar planet facing the same fate in a parallel universe. Roger effects peace between the two worlds so they can work together to save their races and to find another home for the inhabitants of Earth. With fast-paced action, unexpected twists, and heart-pounding success, Darrell Talbert has crafted a fine science fiction tale of Earth-Shattering Events. About the Author: Prompted by a dream he had many years ago in the sixth grade, Darrell V. Talbert created the fantastic scenario in Earth Shattering Events. Employed by Century Instrument Corporation as an aircraft instrument technician in his native Wichita, Kansas, Mr. Talbert also enjoys wood and metal working in his spare time. In fact, he has built go-carts that have been clocked at speeds over 100 miles per hour, as well as a riding lawnmower that has a top speed of 60 miles per hour! (2002, paperback, 54 pages)