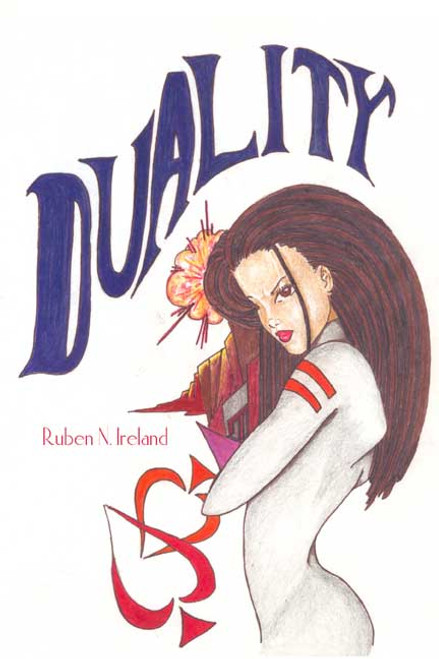 by Ruben N. Ireland Duality is an action-packed thriller in which a young man and womans worlds collide in an intriguing, high-tech escapade involving politics, espionage, love, and murder. Two college students, Jason Strongstone and Lisa Javay, test the limits of their skills and character when Lisa is hired by Jasons political enemies to thwart an alleged plot to gain control of a small island. What neither expects from their unintended association is that a physical attraction for one another will complicate and challenge each others mission. Author Ruben N. Ireland toys with the duality theme on several different levels: Jason and Lisa are both college students studying biochemistry; both suffer from the loss of a parent; both are loners in an increasingly impersonal world in which technology only serves to encourage human detachment. On a higher level, however, both discover within themselves the capacity for good and evil, which makes Duality a suspenseful spy story that also examines the human condition. ABOUT THE AUTHOR Ruben N. Ireland was born May 13, 1974, in Fresno, California. He attended Fresno City College and served in the U.S. Army. Ireland currently works as a security guard for a local Hospital in Fresno City. He is single and enjoys creating works of art and writing. Duality is his first published work. (2007, paperback, 62 pages)
×

Let There Be Light by Michael J. O'Loughlin - eBook

Let There Be Light by Michael J. O'Loughlin

Enter at Own Risk