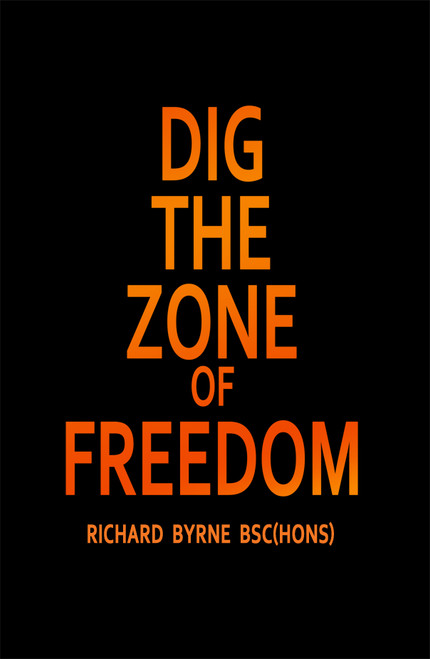 DIG THE ZONE OF FREEDOM
by Richard Byrne BSc(Hons)

"A compelling message of the importance and dynamism of Christianity, Dig the Zone of Freedom is a one-of-a-kind musical." - Foreward Reviews

Get ready to take a musical journey with a cast of characters you will never forget. Explore what it means to be a Christian through the eyes of a group of recovering addicts as they battle their demons, both figuratively and literally, and seek out the truth of faith and the word with the help of a handful of colorful rehab leaders, many of them former addicts who know exactly what their charges are going through as they journey towards recovery.

DIG THE ZONE OF FREEDOM is based around over forty traditional hymns. This novelization features the full text of all songs within the context of the story. Youll follow the zany cast of characters as they zoom from the pyramids of Egypt to the Rock of Gibraltar on a fantastical journey of faith and fun. This is not a trip you will want to miss; nor is it one that you will soon forget.

Richard Byrne BSc(Hons) holds a degree in Community Development and is a qualified Practitioner of the Chartered Institute of Housing. He currently lives and works in Northern Ireland. His mother and four brothers also live in England. He wrote his first book, DIG THE DRY ZONE, in 2013 while living in solitude in Bridlington, though he was able to visit his mother, who lived nearby, every day for tea. He turns 60 in April of 2016, and he will receive a full military pension for his service.