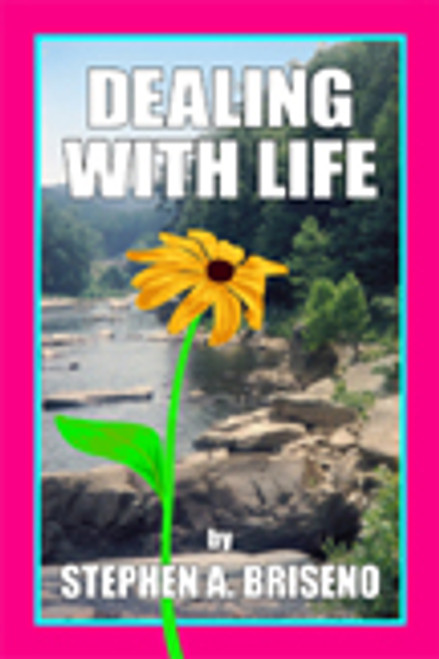 by Stephen A. Briseno In Dealing with Life, through the free-flowing stream of thoughts and feelings about the relationships, ideas, and perspectives that make up Stephen A. Brisenos everyday life, we come to discover nuggets of advice which can be applied to our own lives. In sharing his viewpoints regarding spirituality, philosophy, and identity, Mr. Briseno touches on specific instances in his life and balances them against statements of purpose or intention. For example, in sharing the early portions of his childhood and talking about his friends, he relates how they have touched his life as well as reveals how the music of Chopin, Mozart, and Beethoven also influenced his upbringing. With a lyrical quality, Mr. Briseno moves through a series of thematic concerns that juxtapose personal information with views on culture, religion, and art as he reveals his thought on Dealing with Life. About the Author: A single native of Texas, Stephen A. Briseno is interested in astronomy, philosophy, and psychology. (2003, paperback, 38 pages)
×

Deal with the Downs

Cush to Mysterious Babylon: Africa and the Covenant People