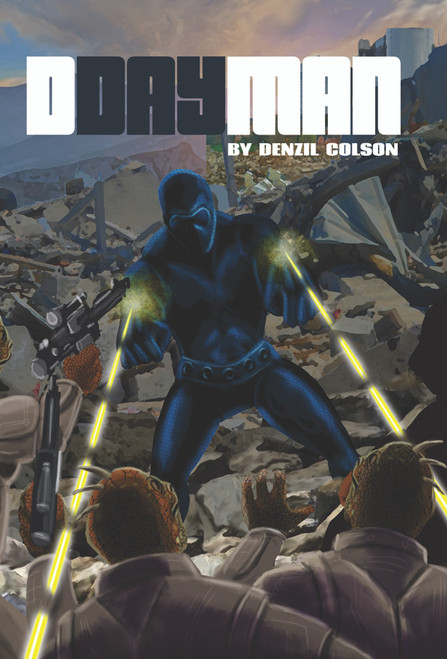 “You are the beginning, an example to others that will soon be by your side. Your people will join us by the thousands in the fight to eliminate this world from the Kazors’ tyranny. You are the heroes that will be admired when Florent is free!”—Denzil Colson started this adventurous story knowing the exciting ending before he had put a word to paper. D-Day Man evolved piece by piece, line by line, through his mind before he’d even started to write. Denzil only hopes that the words he at last put down on paper will enable his readers to envision the adventure of John and the other characters the way he did.

After graduating from high school, Denzil Colson studied to become an auto mechanic but soon discovered that occupation was not for him. Instead, he enlisted in the Air Force and became an aircraft mechanic. When his enlistment was up, he enrolled in college, finished, and worked in the medical field. All his life Denzil would drift into a dream state wherein adventures would open up whenever some trigger stimulated his thoughts. Realizing he could use this ability to imagine a story, his next step would be to put these thoughts on paper. Denzil hopes to have been able to do this, so that you will be able to see the adventure unfold!

Triggering and Increasing Palliative Care Consults in the Emergency Room

A Painful Reminiscence of a Dignified Soul

A Painful Reminiscence of a Dignified Soul - eBook